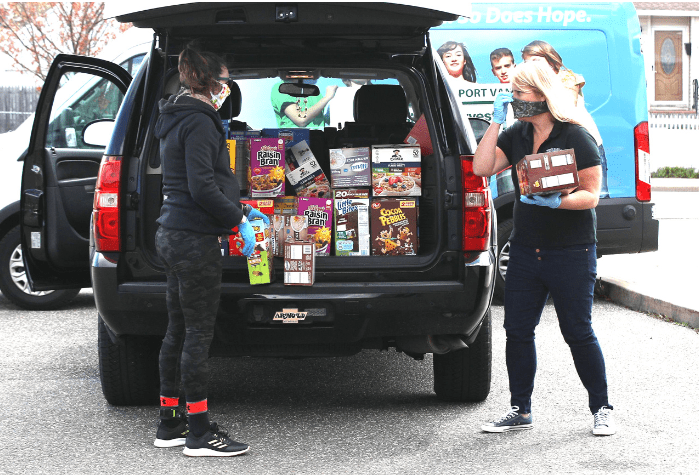 WASHINGTON: The United Nations (UN) warned Tuesday that the coronavirus pandemic could trigger famine in already vulnerable countries as the worldwide freeze on commerce sent shock waves through financial markets.

The bleak warning came as deaths from the virus surpassed 174,000 worldwide, with governments anxiously trying to chart a path out of the unprecedented global health and economic emergency.

Debates are raging worldwide over when and how to relax lockdowns imposed to prevent the spread of the highly contagious virus.

Many leaders fear triggering another wave of infections but are also worried about the mounting economic costs and signs of social tension.

The economic impact of the pandemic could lead to a ‘humanitarian catastrophe’, with the number of people suffering from acute hunger projected to nearly double to 265 million this year, the UN’s World Food Programme warned.

“We are on the brink of a hunger pandemic,” WFP director David Beasley told the UN Security Council in a video conference.

“Millions of civilians living in conflict-scarred nations, including many women and children, face being pushed to the brink of starvation, with the spectre of famine a very real and dangerous possibility.”

The worst-case scenario could see famine in some three dozen countries, Beasley said.

As the WFP warned of potential famine, Group of 20 agriculture ministers pledged to ensure ‘sufficient’ global food supplies for ‘the poorest, the most vulnerable, and displaced people’.

Freezes on whole sectors of commerce are already playing out dramatically on oil markets, where prices have crashed due to the drop-off in energy demand and a supply glut.

As the economic downturn starts to bite, US President Donald Trump announced the US would temporarily halt immigration to the country, claiming it would save American jobs — some 22 million of which have vanished in the wake of virus shutdowns.

In hard-hit Europe, some countries are cautiously creeping out from confinement, though large gatherings appear to be out of the question for the forseeable future.— AFP