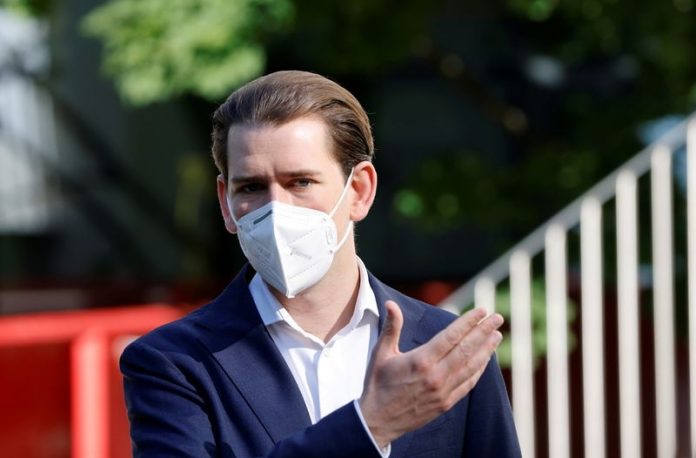 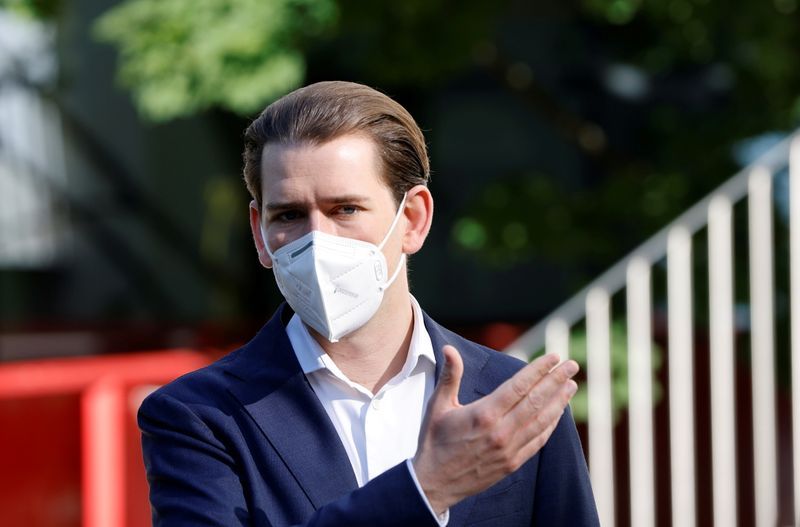 VIENNA (Reuters) – It would be “unimaginable” for Austrian Chancellor Sebastian Kurz to stay in office if convicted of perjury, the country’s vice chancellor and leader of the Greens, Werner Kogler, said in remarks broadcast on Saturday.

Kogler’s comments suggest the coalition between his party and Kurz’s conservatives could collapse if Kurz, whom prosecutors have placed under investigation over his testimony to a parliamentary commission, were charged and then convicted.

Kurz has said he spoke the truth but also depicted himself as the victim of opposition lawmakers trying to catch him out while questioning him at the commission about the extent of his involvement in appointments to state posts. He says he expects to be charged but not convicted.

“A convicted chancellor is in fact unimaginable,” Kogler told ORF radio, when asked whether it was possible for Kurz to stay in office if found guilty.

The commission at which Kurz testified is looking into possible corruption revealed in a video sting that ensnared his then coalition partner, Heinz-Christian Strache, who was forced to resign as leader of the far-right Freedom Party and as Austrian vice chancellor in 2019. That coalition then collapsed.

Kurz and members of his party have said the case against him is politically motivated and criticised the anti-corruption prosecutors’ office that is handling the case – a stance which opposition parties have condemned.

Kogler said it would be necessary to wait and see if Kurz is charged and then examine the case brought against him. But if there was a conviction, he said: “Then we are on a different level in terms of assessing whether someone is fit for office.

“It is hard to imagine that Austria can afford to have a convicted head of government.”