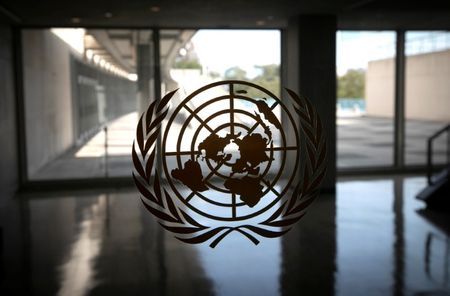 NEW YORK (Reuters) – The United Nations General Assembly is set on Friday to call for a stop to the flow of arms to Myanmar and urge the military to respect November election results and release political detainees, including leader Aung San Suu Kyi, diplomats said.

Western states have been pushing the 193-member body to consider a draft resolution, but it was postponed at the last minute in a bid to win more support, including from nine Southeast Asian nations.

It was not immediately clear if any countries would call for a vote on the draft General Assembly resolution or if it would be adopted by consensus. Diplomats said the text had enough support to pass if put to a vote.

An initial draft resolution included stronger language calling for an arms embargo on Myanmar. According to a proposal seen by Reuters last month, the Southeast Asian countries wanted that language removed.

The compromise draft “calls on all member states to prevent the flow of arms into Myanmar.”

Myanmar has been in turmoil since the military overthrew Aung San Suu Kyi’s government, citing its refusal to address what it said was fraud in a November election. International observers have said the ballot was fair.

Myanmar’s U.N. Ambassador Kyaw Moe Tun, who speaks for the for the country’s elected civilian government, called on U.N. member states to not “support the military directly or indirectly, intentionally or unintentionally.”

“It is very important to show their strong support towards the people of Myanmar in our efforts to restore democracy, bring the state power back to the people and build a federal democratic union,” he told Reuters on Thursday.

General Assembly resolutions are not legally binding but carry political weight. Unlike the 15-member Security Council, no country has veto power in the General Assembly.

Human Rights Watch U.N. director Louis Charbonneau urged the General Assembly to adopt the resolution. “After months of human rights abuses and atrocities by the junta’s security forces, no government should be sending a single bullet to Myanmar,” he said.

The junta’s forces have killed more than 860 people since the coup, according to the Assistance Association for Political Prisoners group. The junta has said the number is much lower.

The draft General Assembly resolution calls on Myanmar to swiftly implement a five-point consensus the junta agreed with the Association of Southeast Asian Nations (ASEAN) in April to halt violence and start dialogue with its opponents.