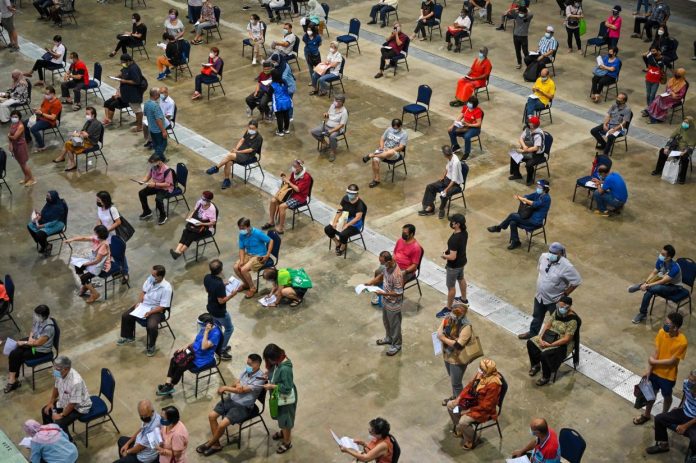 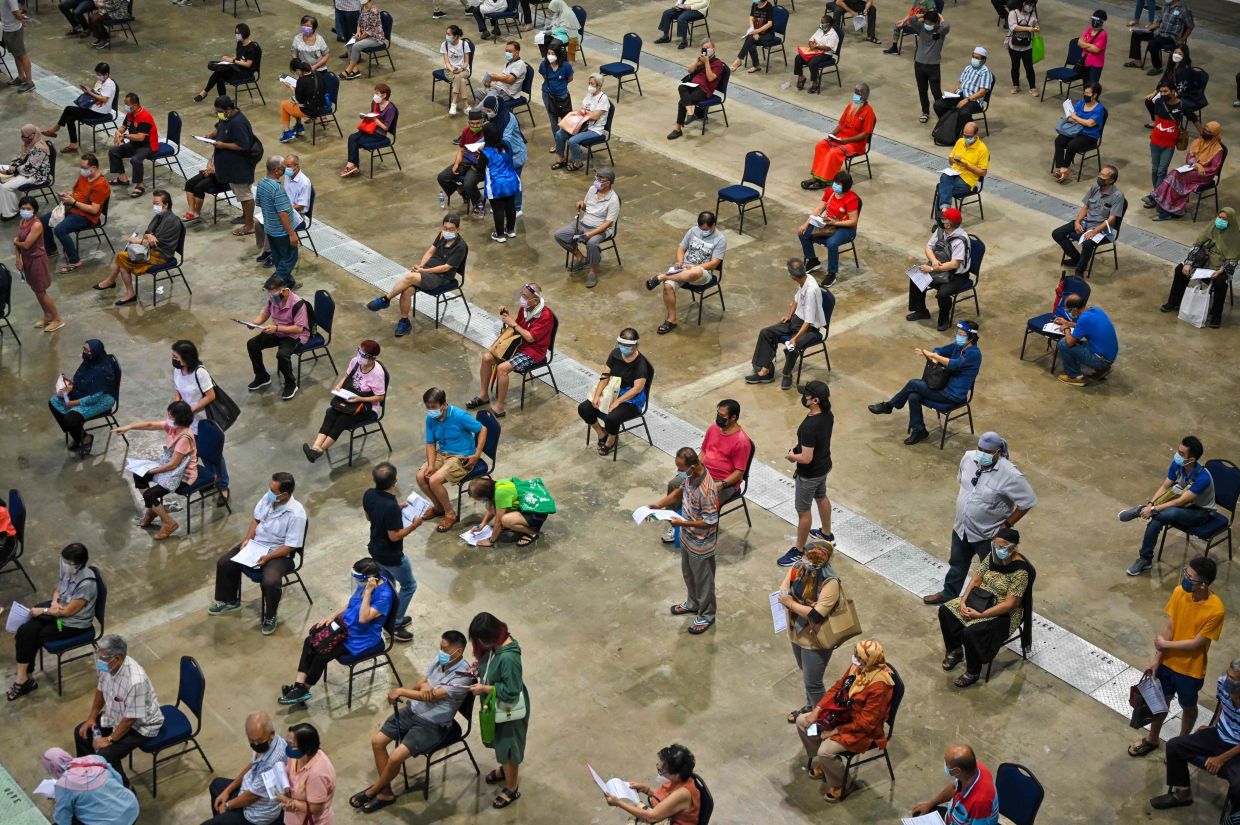 KUALA LUMPUR (Bernama): Malaysia should take a risk-based approach in the implementation of the National Covid-19 Immunisation Programme as it ramps up its vaccination drive, according to public health expert Datuk Dr Lokman Hakim Sulaiman.

Dr Lokman Hakim, who is the professor of public health and Pro Vice Chancellor at the International Medical University, Kuala Lumpur, said to maximise the impact of the nation’s current vaccine supply, vaccination of the elderly population and people with comorbidities must be expedited.

He said the vaccination drive should also zoom in on densely populated urban areas with a high level of economic activities. Since Covid-19 transmissions are highly localised, people living and working in such areas face a higher risk of infection, said Dr Lokman Hakim, who is also a member of the WHO Advisory Group for Pandemic Influenza Preparedness Programme.

“We can begin by targeting (the vaccination programme at) urban or suburban districts in the states with the highest burden of Covid-19 cases and fatalities,” he told Bernama, adding that the burden must not be based on absolute numbers only but also the incidence rate.

In this regard, he added, Labuan should be given the top priority for mass vaccinations as it has the highest incidence of Covid-19 cases per 100,000 population.

“Labuan is an important offshore economic centre but its healthcare infrastructure is modest and at the level of a district hospital only. As its population is only about 100,000, all those eligible can be immunised in just a day or two,” he said.

Dr Lokman Hakim said the government should also focus its vaccination drive on the Klang Valley, comprising Selangor, Kuala Lumpur and Seremban, which contributes to more than 50% of new Covid-19 cases in Malaysia on a daily basis.

Commenting on the efficacy of the vaccines against infections caused by the more aggressive Delta and Alpha Covid-19 strains, Dr Lokman Hakim said recently published data from a Public Health England study conducted in April and May 2021 showed that the Pfizer-BioNTech vaccine was 88% effective against symptomatic disease from the Delta variant two weeks after the second dose was given, compared to its 93% effectiveness against the Alpha variant.

(Public Health England is an executive agency of the Department of Health and Social Care in the United Kingdom.)

Meanwhile, two doses of the AstraZeneca vaccine were 60% effective against symptomatic disease from the Delta variant, compared to its 66%effectiveness against the Alpha strain.

Both vaccines were found to be 33% effective against symptomatic disease from Delta three weeks after the first dose was given, compared to around 50% effectiveness against the Alpha variant.

“Currently, we only have preliminary published data for the AstraZeneca and Pfizer vaccines, but we do not know (the data) for other vaccines,” Dr Lokman Hakim said, stressing that although some vaccines may show lower efficacy, they are still generally effective as a public health intervention tool for protection against Covid-19.

The World Health Organisation (WHO) considers any vaccine with at least a 50% efficacy rate as good enough for public health intervention, he pointed out.

The latest Covid-19 variant to be highlighted by WHO is Lambda (C.37) which first appeared in Peru in August last year. Malaysia’s Health Ministry, in a tweet on July 5, said the Lambda strain has been detected in over 30 countries and “is deadlier than Delta”.

Commenting on the Delta variant, Dr Lokman Hakim said it has been linked to the ferocious wave of Covid-19 cases in India in April and May this year when the country reported more than 400,000 new cases a day.

It has also been associated with the resurgence of infections in the United Kingdom, Nepal and other Southeast Asian countries.

However, he added, epidemiologically it is difficult to ascertain for sure the role of this variant considering that there are other confounding factors, such as mass gatherings and activities, for the resurgence of cases in those countries.

“The Delta variant is said to be 60% more transmissible than the Alpha variant that was first identified in the UK in late 2020,” he said.

He indicated that the biggest concern with the Delta variant is that it is the “fittest and fastest” among the variants that have emerged.

“This means, it is more efficient when it comes to causing an infection if it attaches itself to a new host. So, the vulnerable can easily become sick and suffer from severe infections and may die from it,” he said, adding that the Delta strain may cause an infection even if the one-metre social distancing rule is observed and without a full 15-minute face-to-face encounter.

“You may be wearing your mask but in a closed environment with poor ventilation, you may not be able to protect your eyes as the suspended virus particles may enter your body through the eye conjunctiva.

“Hence, in small enclosed environments such as the toilet or small meeting room with poor air ventilation, the virus may be suspended (in the air) over a longer period, increasing the risk of infection. Since this variant is much more efficient in infecting people, your risk of getting infected is higher,” he explained.

On how the public can protect themselves against the new variants, Dr Lokman Hakim said from the public health perspective, the people must continue to be vigilant in protecting themselves and others by wearing masks correctly and avoiding crowded places and poorly ventilated rooms, as well as getting themselves vaccinated as soon as possible.

“Infectivity and severity of the infection relate to the opportunity of the virus to get into us in the first place.

“The government is also doing the right thing to vaccinate the people as soon as possible before the new variants can create any problem,” he added. – Bernama

Soccer: Soccer-Dortmund’s Haaland to return from harm for Wolfsburg journey