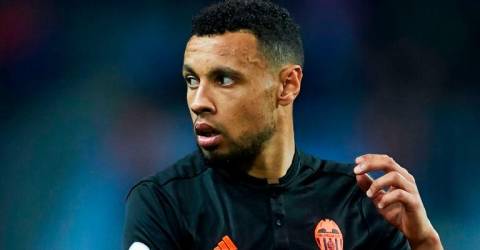 VALENCIA: Valencia have sold midfielder Francis Coquelin (pix) to La Liga rivals Villarreal, a move that has heaped further criticism on owner Peter Lim over his management of the club.

Both teams announced on Wednesday that Coquelin, 29, has penned a four-year contract with Villarreal, who finished fifth last season to qualify for the Europa League and last month named former Arsenal manager Unai Emery as coach.

Coquelin joined Valencia in 2018 for €14 million (RM69m) after a 10-year stay at Arsenal. No financial details were given on his move to Villarreal but local media reported that the transfer fee was €8m (RM39m).

He made 36 appearances for Valencia in all competitions in a chaotic campaign for the club, who finished ninth and sacked manager Marcelino in September before dispensing with his successor Albert Celades in July.

Former Watford coach Javi Gracia was appointed as the club’s latest coach at the end of last month.

According to Spanish media reports, Valencia captain Dani Parejo is also set to join Villarreal, one of Valencia’s closest competitors, unleashing a new wave of criticism from supporters and former players against Singaporean billionaire Lim.

Former Valencia goalkeeper Santi Canizares has led the criticism on social media, while supporters group Salvem Nostre Valencia (Let’s Save Our Valencia) has called for a protest later on Wednesday outside the club’s Mestalla stadium.

Lim, who bought the club in 2014, made the surprising decision to sack Marcelino last year soon after he led the club to Copa del Rey glory and qualification for the Champions League for a second consecutive season.

Valencia also sold promising youngster Ferran Torres, believed to be one of the brightest hopes in Spanish football, to Manchester City earlier this month for €23m (RM113m).

Lim has also received criticism from the city’s vice mayor for failing to fund the construction of the club’s unfinished Nou Mestalla stadium where work began in 2007 but was halted in 2009 due to Spain’s economic crisis. – Reuters

How Hollywood showed support for Ukraine during the Oscars

How the Bundesliga became the first top league to restart