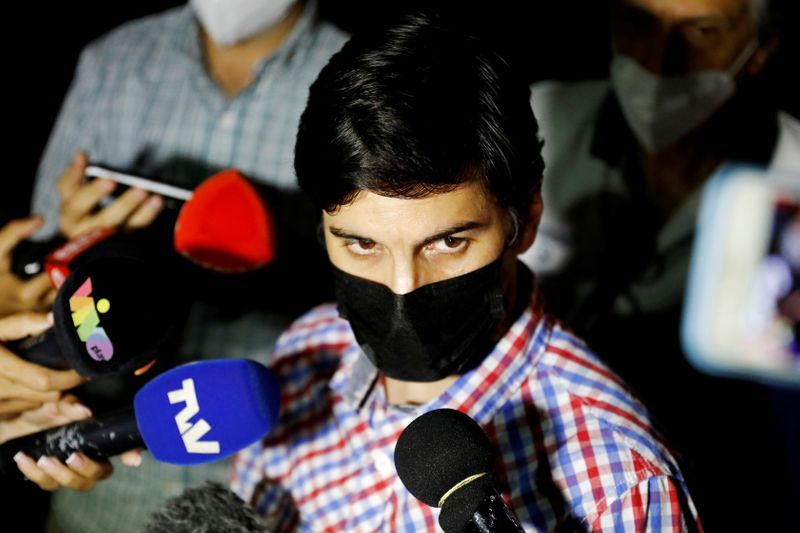 CARACAS (Reuters) – Venezuelan opposition leader Freddy Guevara on Tuesday called on adversaries of President Nicolas Maduro to seek “coexistence” with the ruling Socialist Party rather than attempting to force a change in government.

Guevara, recently released from prison after being pulled from his car by security forces in July, said the opposition should focus on the ongoing talks with the government in Mexico as its best option to address the country’s political standoff.

His comments mark a shift in tone by the Popular Will party, of which Guevara is a leader. The party has for years been seen as the hard line of the opposition and has been a frequent target of arbitrary arrests and government intimidation.

“For years, one of the sides has felt strong and has believed it could smash or completely displace the other,” Guevara told reporters. “This dynamic, this vicious circle, has to stop…We need a process of coexistence.”

He declined to comment on the negotiations that began last month in Mexico City or answer questions as to whether he could join the opposition delegation.

The Popular Will party was at the forefront of a 2019 effort to push Maduro from power through a U.S.-backed plan in which opposition leader Juan Guaido assumed an interim presidency after disavowing Maduro’s 2018 re-election as fraudulent.

Maduro has at times described Popular Will as a terrorist organization.

Guaido, who was elected in 2015 as a legislator for Popular Will, had promised the “end of the usurpation” and a quick transition to democracy, but was unable to convince the military top brass to turn against Maduro.

The Socialist Party hung on despite a raft of new U.S. sanctions and a deep economic crisis.

No fans and tests aplenty: How Bundesliga completed the season amid pandemic

Hunt on for patient who fled on the way to quarantine