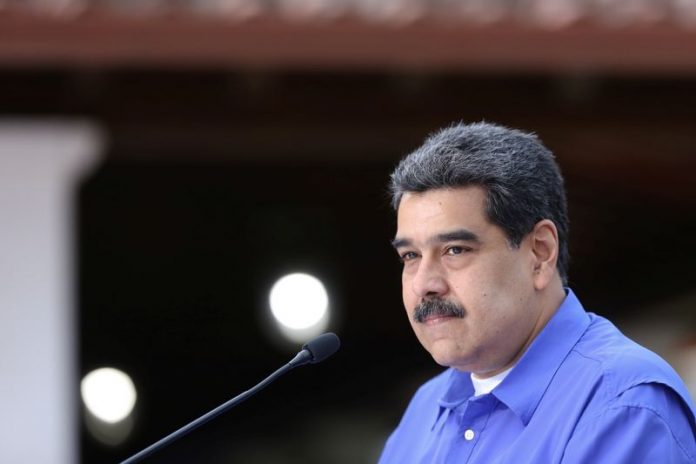 CARACAS (Reuters) – Venezuelan President Nicolas Maduro is seeking to “whitewash” his image abroad with recent political changes seen as favorable to the opposition ahead of state and local elections in November, opposition leader Juan Guaido said on Wednesday.

Venezuela’s electoral council this week lifted a ban on a major opposition coalition from participating in elections, and Maduro said he would no longer appoint “protectors” loyal to the ruling socialist party in states led by opposition governors.

However, on Wednesday Venezuela’s comptroller Elvis Amoroso said that a February ban on Guaido and some 27 other opposition figures holding public office was still in effect.

Guaido reiterated that he would be willing to negotiate with the government over terms for free and fair elections in the once-prosperous OPEC nation, now beset by a deep political crisis. The opposition labels Maduro a dictator who rigged his 2018 re-election and has clung to power by persecuting rivals.

“It is natural for Venezuela’s democratic alternative to be skeptical about the word of the regime,” Guaido told reporters, adding that Maduro was seeking to “whitewash himself…to buy time, to ease international pressure.”

Venezuela’s information ministry did not immediately respond to a request for comment.

Maduro says he is also willing to negotiate with the opposition, but that his aim is to get U.S. sanctions on the country’s oil industry lifted. He says Guaido is a U.S.-backed puppet who seeks to oust him in a coup.

The United States, the European Union and Canada last week said they would be willing to review sanctions if any negotiations led to transparent elections.

Guaido said on Wednesday that no date or site had been set for talks. A 2019 round of negotiations took place in Barbados with Norway’s mediation, but ended without agreement.

5,033 affordable housing units to be built in Johor this year, says MB