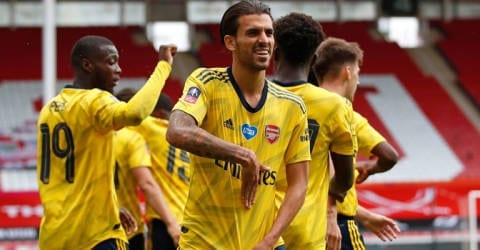 Ivory Coast striker Nicolas Pepe’s 25th-minute penalty grabbed the lead for the Gunners after the hosts had John Lundstram’s goal on eight minutes disallowed for offside.

Chris Wilder’s Blades had another goal rubbed out for offside from John Egan’s header but David McGoldrick equalised with three minutes left as extra-time loomed.

Spanish midfielder Ceballos then skipped past the Sheffield defence and slipped in the winning goal at the near post to send the 13-time winners to Wembley.

In making the final four, Arsenal equal the record for semifinal appearances with 30, which Manchester United reached in Saturday’s 2-1 extra-time win over Norwich.

Russian oil ban could be boon for tanker rates