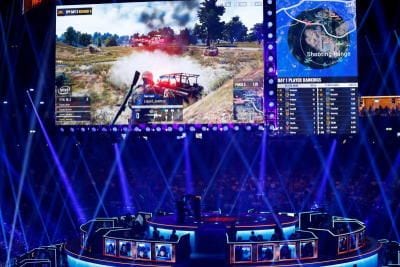 HONG KONG/SEOUL (Reuters) – Krafton, the company behind blockbuster video game PlayerUnknown’s Battlegrounds (PUBG), will launch its IPO early next week in what could be South Korea’s largest listing in 11 years, people familiar with the matter said.

The Tencent-backed company aims to raise at least US$5 billion in the initial public offering (IPO) by selling 20% of its shares, one said after the Korea Exchange announced that Krafton had preliminary approval for its planned listing.

Official filings to start the IPO will be made early next week, three people who did not want to be identified as they were authorised to speak to the media, told Reuters.

South Korea is experiencing its hottest IPO market on record and analysts expect that least 20 trillion won (US$18.4 billion) will be raised in 2021, which would be about four times above 2020 levels.

Krafton would be valued at around US$25 billion based on its current plans, although the final size of the IPO could increase, another person added.

In a statement, Krafton said that it could not comment on details of the IPO before it lodges a regulatory filing.

At US$5 billion-plus, Krafton would become the biggest IPO in South Korea since the 4.9 trillion won (US$4.4 billion) float of Samsung Life Insurance in 2010, exchange data shows.

The price at which shares will be offered, and therefore Krafton’s value, will be decided once the process is finalised which, under the South Korean system, can take several weeks.

Johor Sultan Stands Up For The Right Of Mums To Pass Citizenship To Children...

Rugby: Rugby-Flyhalf Mo’unga gets the nod ahead of Barrett for All Blacks’ Tonga test