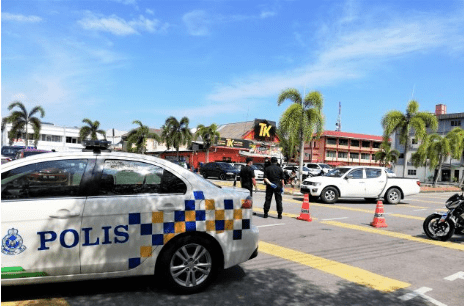 MUKAH: Police have arrested 10 individuals in this district for defying the movement control order (MCO) since it was implemented on March 18.

Mukah district police chief DSP Jimmy Panyau said police personnel have been given strict orders to arrest those who continue to be defiant during the third phase of the MCO from April 15 to 28.

He added snap checks would be conducted more often while road blocks would be held in major roads into the town.

“The police will arrest (the MCO violators) and they will be charged in court,” he told New Sarawak Tribune via WhatsApp yesterday.

He was commenting on the ongoing police checks in the streets at the old town here which began on Wednesday.

According to him, the ongoing check was to monitor the movement of people and vehicles at the wet market here.

It is learnt the movement of people and vehicles at the wet market has been a ‘cause for concern’ of the authorities.