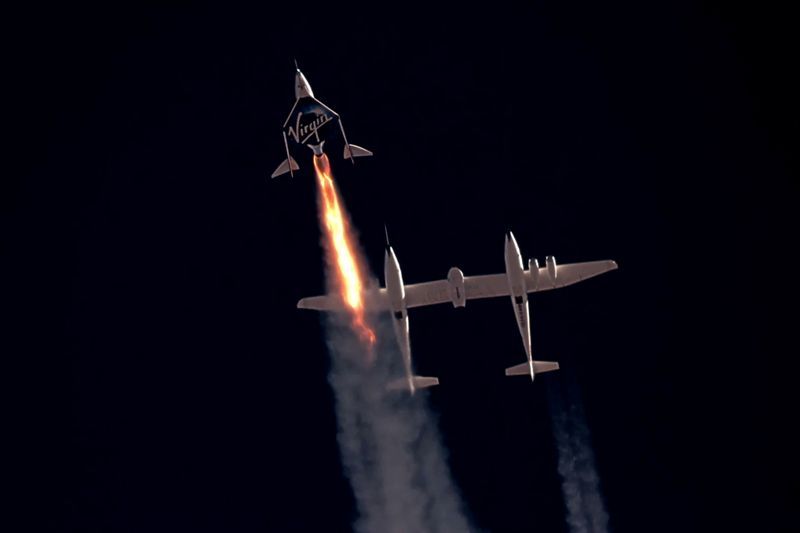 (Reuters) -Virgin Galactic said on Monday it may sell up to $500 million worth of shares, a day after the company completed its first fully crewed test flight into space with billionaire founder Richard Branson on board.

Shares in Virgin Galactic rose about 8% premarket, but reversed course to fall 10% in early trading following the share sale announcement.

Branson’s trip also upstaged rival astro-tourism venture Blue Origin and its founder, Jeff Bezos, in what has been popularized as the “billionaire space race.”

Bezos, who founded retail giant Amazon.com Inc, is slated to fly to space on July 20 along with his brother, Mark.

The Swiss investment bank UBS has estimated the potential value of the space tourism market reaching $3 billion annually by 2030.

Virgin Galactic, founded in 2004 is poised to begin commercial operations next year, and has planned at least two more test flights in the coming months.

(Reporting by Akanksha Rana and Eva Mathews in Bengaluru; Editing by Ramakrishnan M.)

Sarawak gearing up to transition to Phase Two of NRP

Amazon raises minimum pay in Germany to 12 euros per hour

Other Sports: Olympics-Volleyball-Nishida putting his body on the line for Japan