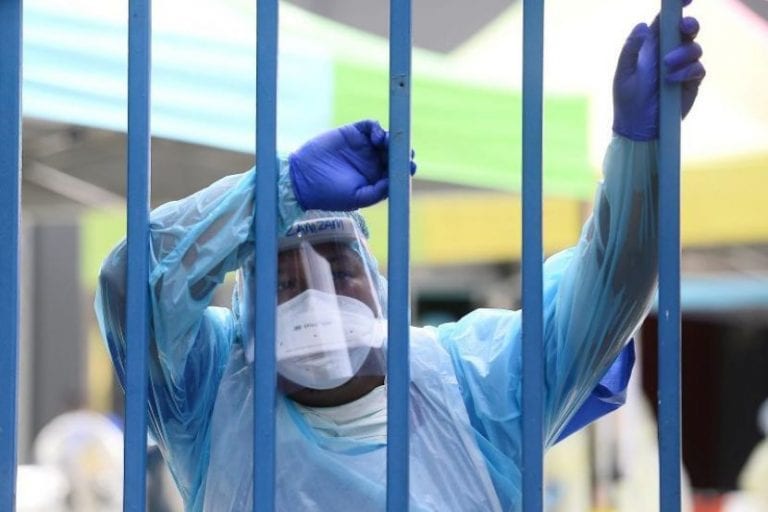 The G20 gathering in the Italian city of Venice was the ministers’ first face-to-face meeting since the start of the pandemic. Decisions include the endorsement of new rules aimed at stopping multinationals shifting profits to low-tax havens.

That paves the way for G20 leaders to finalise a new global minimum corporate tax rate of 15% at a Rome summit in October, a move that could recoup hundreds of billions of dollars for public treasuries straining under the COVID-19 crisis.

A final communique said the global economic outlook had improved since G20 talks in April thanks to the rollout of vaccines and economic support packages, but acknowledged its fragility in the face of variants like the fast-spreading Delta.

“The recovery is characterised by great divergences across and within countries and remains exposed to downside risks, in particular the spread of new variants of the COVID-19 virus and different paces of vaccination, ” it read.

While G20 nations promised to use all policy tools to combat COVID-19, the Italian hosts of the meeting said there was also agreement to avoid imposing new restrictions on people.

“We all agree we should avoid introducing again any restriction on the movement of citizens and the way of life of people, ” said Italian Economy Minister Daniele Franco, whose country holds the rotating G20 presidency through to December.

The communique, while stressing support for “equitable global sharing” of vaccines, did not propose concrete measures, merely acknowledging a recommendation for $50 billion in new vaccine financing by the International Monetary Fund, World Bank, World Health Organization and World Trade Organization.

Differences in vaccination levels between the world’s rich and poor remain vast. WHO Director-General Tedros Adhanom Ghebreyesus has called the divergence a “moral outrage” that also undermines wider efforts to tame the spread of the virus.

While some of the wealthiest countries have now given over two-thirds of their citizens at least one shot of vaccine, that figure falls to well below 5% for many African nations.

Brandon Locke, of the public health non-profit group ONE Campaign, decried what he described as the G20’s inaction, calling it “a lose-lose situation for everyone.”

“Not only will it cost lives in poorer countries, it increases the risk of new variants that will wreak havoc in richer ones, ” he said.

Italy said it the G20 would return to the issue of vaccine funding for poor countries ahead of a Rome summit in October and that new variants was an area that needed to be looked at. It did not give further details.

“We must agree on a process for everyone on the planet to be able to access vaccines. If we don’t, the IMF predicts that the global economy will lose $9 trillion, ” religious development organization Jubilee USA Network said.

It was referring to an IMF forecast that international cooperation on COVID-19 vaccines could speed world economic recovery and add $9 trillion to global income by 2025.

A Reuters tally of new COVID-19 infections shows them rising in 69 countries, with the daily rate pointing upwards since late-June and now hitting 478, 000. https://graphics.reuters.com/world-coronavirus-tracker-and-maps/

The biggest policy initiative at the talks was a well-flagged agreement on the global corporate tax rate, capping eight years of wrangling on the issue.

Setting a floor of 15% is intended to stop multinationals shopping around for the lowest tax rate. It would also change the way that companies like Amazon and Google are taxed, basing it partly on where they sell products and services, rather than on the location of their headquarters.

U.S. Treasury Secretary Janet Yellen said any countries opposed to it would be encouraged to sign up by October.

“We’ll be trying to do that, but I should emphasise it’s not essential that every country be on board, ” she said, adding the deal included mechanisms against the use of tax havens anywhere.

G20 members account for more than 80% of world gross domestic product, 75% of global trade and 60% of the population of the planet, including big-hitters the United States, Japan, Britain, France, Germany and India.

In addition to European Union holdouts Ireland, Estonia and Hungary, other countries that have not signed on include Kenya, Nigeria, Sri Lanka, Barbados and St. Vincent and Grenadines.

EU Economy Commissioner Paolo Gentiloni told reporters there were still discussions about what level of a company’s profits should be taxed at national level, and whether other sectors beyond financial services and mining should be exempt.

Among other sticking points, a fight in the U.S. Congress over President Joe Biden’s planned tax increases on corporations and wealthy Americans could cause problems, as could a separate EU plan for a digital levy on tech companies.

The G20 officials called on the International Monetary Fund “to quickly present actionable options” for rich countries to channel part of a $650 billion issuance of IMF currency reserves to poorer countries.

They stopped short of endorsing the IMF’s $100 billion target for transferring Special Drawing Rights to countries in need, but called for contributions from all able countries to reach “an ambitious target.” – Reuters