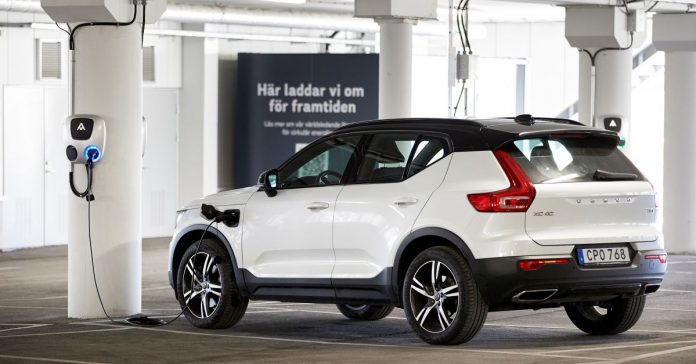 Volvo Cars is aiming for a reduction of 2.5 million tonnes of carbon emissions and annual savings of SEK 1 billion (RM494.7 million) from 2025, the Swedish automaker announced. To that end, Volvo will create closed material loops for emissions-heavy materials such as steel and aluminium, as well as through the remanufacturing, repair, reuse and refurbishment of parts, it said.

In its aim to become what it calls a circular business by 2040, every part in Volvo cars needs to be designed, developed and manufactured with reuse in mind, either by Volvo itself or by its suppliers, said the automaker. Parts such as brake calipers could be remanufactured three or four times, this way extending their life to 20 years before they are superseded by new designs, Kärrberg told the magazine.

“We’re on the track of doubling the consumption of metals and minerals in the next 40 years, and we’re generating more and more waste. This is simply not sustainable. It’s not just that we’re generating waste materials: we’re also generating a lot of CO2,” Kärrberg said, adding that companies such as Volvo are due for a fundamental change in order to reduce CO2 emissions and comply with the Paris Agreement.

“It is very encouraging to see the link being made between circular solutions, business strategy and a reduction in carbon emissions. The circular economy offers companies a framework for viable long-term growth that also benefits society and the environment,” said Joe Murphy, network lead at the Ellen MacArthur Foundation, which Volvo became a member of in 2020.

Volvo Cars is exploring with its suppliers and partners the possibilities of second-life applications for the high-voltage batteries in its cars. One of its partners is BatteryLoop, a company part of the Swedish Stena Recycling Group that re-uses batteries from the automotive industry.

This aims to increase the flexibility of supply at one of Fortum’s hydropower generation facilities in Sweden, while contributing to a second-life application for EV batteries; here, battery packs from Volvo PHEVs will serve as a stationary energy storage unit that helps to supply ‘fast-balancing’ services to the power system.

Through these projects, Volvo is researching the characteristics of batteries as they age when used in second-life applications, as compared to their original use in cars. These also enable the automaker to gain knowledge of the batteries’ commercial value after being used in cars, and for the identifying of future revenue streams, said Volvo.