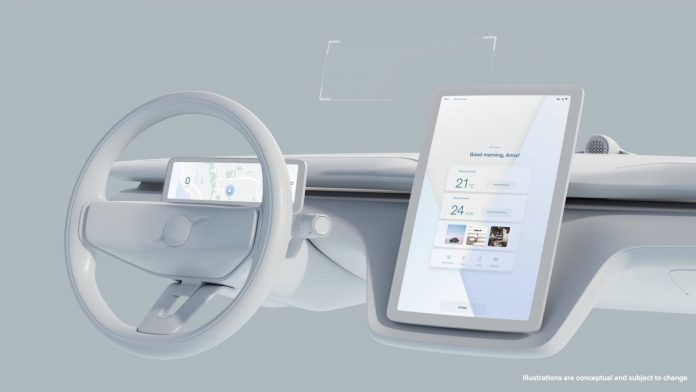 Volvo Cars’ partnership with Google has resulted in the development of infotainment systems based on Android Automotive OS, which are now present in models like the XC40 Recharge, S90, V90 and XC60. This strategic collaboration will continue as the Swedish carmakers makes the transition to become a fully electric premium car brand, as announced during the company’s recent Tech Moment event.

The highlight here is VolvoCars.OS, which acts as an umbrella system for all other operating systems in upcoming EVs, with Android Automotive OS at its core. With this, users will have access to functions that are already present on their smartphones, with the Google Assistant, Google Maps and Google Play built-in. Other underlying operating systems include QNX, AUTOSAR and Linux.

With a bevy of application programming interfaces (APIs) being made available, developers will have access to in-car features such as vehicle sensor data, user interfaces and cloud-based features such as fleet data, subject to customer consent. This will allow them to create new service and applications for Volvo cars, potentially increasing their functionality.

To make sure VolvoCar.OS performs properly, the company is choosing to adopt a core computing system that will be introduced on a new model set to be revealed in 2022. This reduces the reliance on multiple electronic controls units for individual features and systems, while gradually separating hardware from software. The company says it will be able to introduce more frequent hardware cycles to keep its models up to date.

While Google is the brand’s software partner, Nvidia will work with the automaker to develop the core systems. The latter is a big name in the automotive space, as it also supplies computing systems that power infotainment (and even autonomous driving) systems for various automakers like Hyundai, Kia, Genesis and VinFast.

A new in-car display approach will also be a key aspect of future infotainment systems, which prioritises simplicity to optimise safety. The Concept Recharge that was revealed during the event showcases some of these solutions (in concept form) that are meant to reduce distraction so drivers can focus on driving and remaining safe on the road.

For starters, ahead of the driver is a high-resolution display that only provides the most relevant information related to driving, such as speed and battery levels. There’s also a head-up display so drivers won’t have to glance away to look at key information. Another display is a larger, portrait-format touchscreen that provides easy-to-see information and is highly responsive. The guiding principle here is to ensure that everything a customer needs is easily accessible via touch or voice command, while less important functions or information are buried deep inside menus.

With this approach, the user experience is minimalistic while remaining consistent, clean, easily scannable and contextual. That last bit is important, as only the right and require information at the right time is presented, so drivers don’t have to take their eyes off the road to find what they need when behind the wheel.

“Our teams have spent a lot of time with Google to further develop and improve our user experience for the next generation of Volvo cars. Especially in terms of safety, serenity and simplicity, we have made great strides thanks to a deeper integration of design and technological development. We are convinced that it will allow us to create even better Volvo cars and set a new industry standard,” said Henrik Green, Volvo’s chief technology officer. Connectivity will also be an integral part of these new infotainment systems, which is why Volvo wants to ensure a seamless connection to mobile devices. Digital car key, which is something that BMW, Apple and Google have announced in the past, will be part of Volvo’s next generation of EVs.

Meanwhile, the Volvo Cars app will receive continuous updates to provide access to other services, including paying for charging and linking to smart home devices. Telematics that allows for remote vehicle status monitoring and pre-conditioning functions will remain as standard features. Regular over-the-air software updates for the infotainment system will allow for new functionalities to be added when they are developed.

“By developing software in-house we can boost development speeds and improve your Volvo faster than we can today. Just like on your smartphone or computer, new software and features can be rolled out swiftly through over-the-air updates, making your Volvo better and even more enjoyable over time,” Green explained.