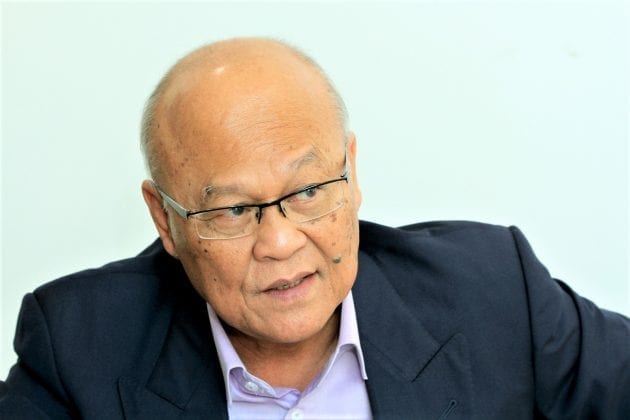 KUCHING: Kota Samarahan’s Red Zone label has been blamed on “the few”, especially those early ones who were Covid-19 positive, for having brought the virus to the district.

“This group should have been mindful of others in the district,” said Kota Samarahan Municipal Council (MPKS) walikota, Datuk Peter Minos, without naming the culprits.

“It’s most regrettable that these few people deliberately defied the movement control order (MCO). The government has been doing its best to protect the people and yet these few were not appreciative of the efforts,” he said in a press statement, yesterday.

The Red Zone label, according to him, did not befit Kota Samarahan’s status as a higher education hub.

“Kota Samarahan should be green, clean and not a red zone. It is spacious and pretty well organised in many aspects. It has a prestigious tag, having two big universities, Unimas and UiTM,” he continued.

Still, not one to cry over spilt milk, he said the council would do its best to turn Kota Samarahan into a green zone — whatever it takes.

“The council and the fire department will continue to disinfect public places while the police and armed forces continue to enforce the MCO. We will also continue to remind the public about social distancing, clean the markets and other public places, and collect garbage as usual,” he said.

On frontliners, Minos recognised their tremendous efforts whether they are fighting the pandemic in the medical field or enforce the movement control order (MCO).

“People must appreciate their efforts and sacrifices in carrying out their duties,” he said.

This New Underwater Drone Is Your Own Personal Submarine

1 Killed, 7 Injured in Late-Night Stabbings in the U.K.