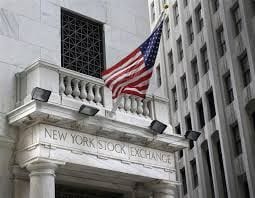 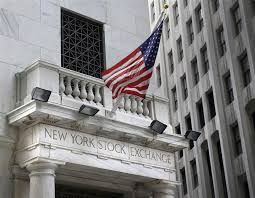 NEW YORK: Investors will be zeroing in on the Federal Reserve’s monetary policy meeting this week as a “Goldilocks” market environment that has helped lift stocks to record highs and tamed a bond selloff is tested by rising inflation.

Stocks have climbed steadily in recent weeks and now stand at fresh records, extending a rally that has seen the S&P 500 gain 13% this year and nearly 90% from its March 2020 low.

U.S. government bonds have also rallied after their first-quarter selloff, with the benchmark 10-year Treasury yield, which moves inversely to prices, recently at 1.46%, some 30 basis points below its first quarter highs.

Some of those gains have been predicated on the Fed’s assurances that rising inflation will not last long enough to warrant a sooner-than-expected end to easy-money policies.

Signals that the Fed is growing less confident in those assumptions could unsettle stocks, which have benefited from quantitative easing, and hurt bonds, as rising prices erode the value of longer-dated debt.

Investors “are going to be looking for signs that the Fed might believe that inflation is more permanent,” said Michael Arone, chief investment strategist for State Street Global Advisors.

The Fed has maintained that it has the tools to deal with accelerating inflation. The central bank may open discussion at the Tuesday-Wednesday meeting about when to begin unwinding its $120 billion per month purchases of government bonds, though most analysts don’t expect a decision before the Fed’s annual Jackson Hole, Wyoming, conference in August. read more

For now, it appears some investors are coming around to the Fed’s way of thinking on inflation. Stocks on Thursday brushed off data showing that consumer prices rose in May at their fastest annual pace in 13 years, as the S&P 500 hit a new record. By contrast, a much higher-than-expected inflation number last month caused a selloff in stocks. read more

Strong inflation numbers aside, recent data has offered snapshots of an economy that is strengthening but does not appear to be close to overheating. Employment, for instance, remains about 7.6 million jobs below its February 2020 peak while the latest monthly report fell short of economists estimates. read more

“We are making progress, but the economy is not completely on fire and a runaway train where the Fed has to take action,” said Chris Galipeau, senior market strategist at Putnam Investments. “That puts us in the ‘Goldilocks’ scenario.”

Still, others worry that markets have grown too complacent on inflation and other risks that could derail the current rally, from potential higher taxes to peaking economic growth rates.

Analysts at BofA Global Research on Friday outlined a number of reasons that inflation may be more sustained than many expect, including second-tier indicators such as the National Federation of Independent Businesses survey of small businesses showing price pressures are filtering to customers.

“The list of excuses for transitory inflation is getting long. The risk of higher, more persistent inflation is growing, ” BofA’s analysts wrote.

“At current levels, pessimism remains unusually low, ” the AAII said on its website. “Historically, below-average readings for bearish sentiment have been followed by below-average six- and 12-month returns for the S&P 500 index.”

Rising estimates for corporate profit growth are also supporting stocks. S&P 500 earnings are now expected to jump 36% this year, compared to an April estimate of 26% growth, with earnings expected to rise another roughly 12% in 2022, according to Refinitiv IBES.

That has not stopped some of the world’s biggest banks, including Morgan Stanley, from warning in recent months that the market is primed for a sharp pullback. read more

“We are due for some volatility and we have been saying that, and yet dips have been met with very strong demand,” he said.- Reuters

Tokens, NFTs: the blockchain universe looks to capitalise on Will Smith’s Oscars slap