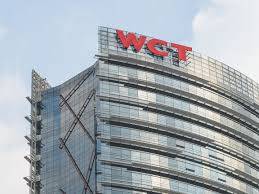 has agreed to a final settlement of RM828.24mil with Meydan Group LLC over the cancelled Nad Al Sheba Dubai racecourse contract.

In a filing with Bursa Malaysia on Wednesday, WCT said the sum was equivalent to 65% of the principal sum of RM1.31bil which the arbitral tribunal had awarded to WCT earlier.

The amount is larger than WCT’s current market capitalisation of RM730.35mil based on the share price of 51.5 sen.

On Jan 13, a judicial committee had upheld the Dubai Court of Appeal’s decision that recognised the final award in favour of the company in its dispute with Meydan Group LLC.

“The board of directors of WCT is of the view that, barring any unforeseen circumstances, the settlement when completed, is expected to contribute positively to the earnings per share and net assets per share of the group. The net gearing ratio of the group is also expected to improve, ” it said.

Back in 2007, WCT, together with its 50-50 joint venture (JV) partner Arabtec Construction LLC, had won a US$1.3bil (at that time RM4.6bil) contract to build the project in Dubai.

However, in January 2009, WCT announced that the JV with Arabtec had been given a cancellation notice by Meydan relating to the construction of the premier racecourse project. WCT and Arabtec had contested Meydan’s move in 2009 to terminate its contract.

In 2015, the Dubai International Arbitration Centre ruled that Meydan’s cancellation and purported termination of the contract was unlawful, invalid and of no effect.

No-confidence vote: How does a Conservative leadership contest work?

How to Export WordPress Form Entries to CSV and Excel