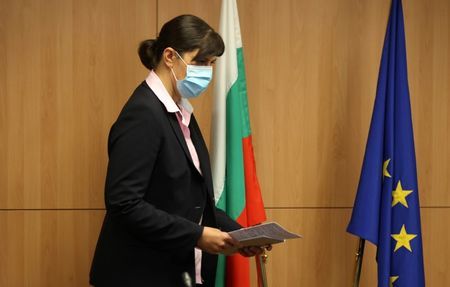 SOFIA (Reuters) – The European Union’s Chief Prosecutor told Bulgarians weary of corruption that they can send complaints about large-scale fraud linked to misuse of EU funds direct to her office.

Laura Codruta Kovesi chose Bulgaria, the EU’s poorest and most corrupt country, for her first visit to a member state since the European Public Prosecutor’s Office started operations on June 1.

“Everyone is equal in front of the law and we will make no distinction in who we will investigate … We are here for you. We want to earn your trust for our work,” Kovesi said in a message to Bulgarians at a news conference in Sofia.

“If Bulgarian citizens have any knowledge of relevance to us they can report it directly to us via our website,” she said.

Many in Bulgaria hope that Kovesi, who made her name as a successful anti-corruption prosecutor in Romania, will investigate corruption in their country and show that Brussels is serious about rooting it out.

Bulgaria has yet to convict any high-level official on corruption charges.

Kovesi’s visit came as activists protested against Bulgarian chief prosecutor Ivan Geshev, whom they blame for refusing to investigate high-level corruption and fostering a climate of impunity.

A small group of protesters chanting “Geshev is disgrace” and displaying slogans reading “Geshev=Mafia” waited for Kovesi at the offices of the EU commission in Sofia.

She said Sofia should choose new prosecutors to join her office, after six of Bulgaria’s ten nominations were rejected, and urged local prosecutors to hand over all ongoing investigations into major crimes that affect the EU budget.

The United States this month imposed sanctions on three Bulgarians and 64 companies linked to them over alleged corruption.

Many Bulgarians welcome the U.S. sanctions, but feel bitter that Bulgaria and the European Union failed to act first.

Prices of daily necessities expected to stabilise by January