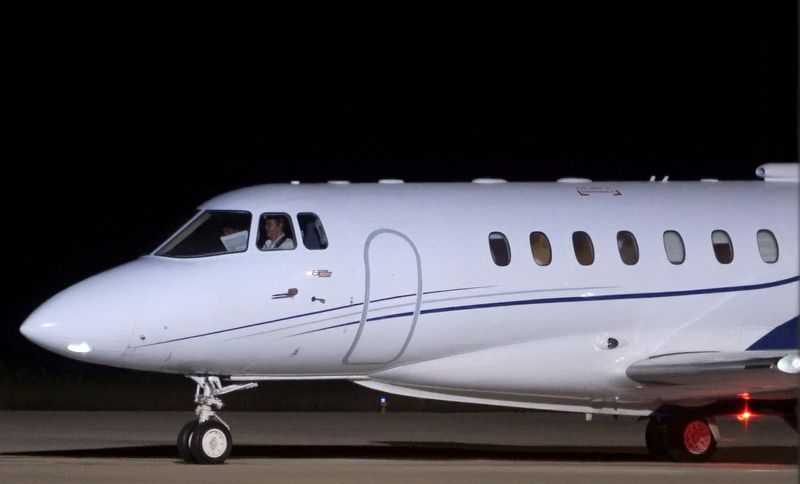 MADRID (Reuters) – The leader of the Western Sahara independence movement, Brahim Ghali, landed in Algiers early on Wednesday after his hospitalization in Spain for more than a month triggered a diplomatic row between Spain and Morocco.

Ghali left Spain a few hours after appearing remotely in a hearing with Spanish high court on a war crimes case. Following the hearing, Spanish judges did not impose any restrictions on the Polisario leader and allowed him to leave the country.