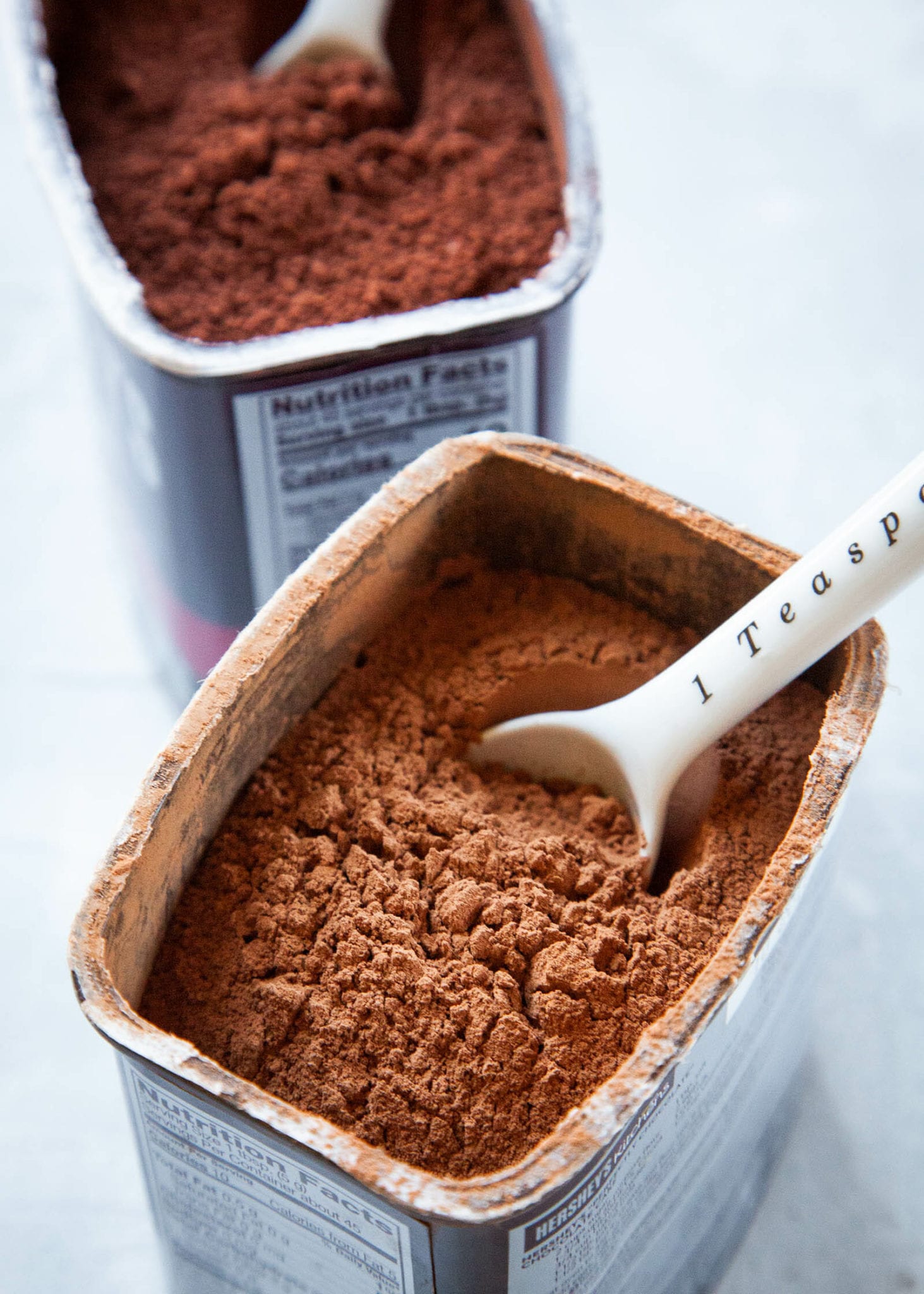 Cocoa powder, the ground cacao powder that comes after you remove some of the cacao butter from the processed cacao bean, comes in two forms: natural and Dutch-process.

Dutch-processed cocoa powder is milder on the palate, though it can, paradoxically, have more chocolate flavor because more cacao butter is left in the powder. (Fat is a carrier of flavor, remember!)

Dutch-process cocoa is often darker in color than natural cocoa, ranging from a dark gray, to reddish brown to almost black, depending on the brand and process. The color has nothing to do with the quality or flavor of the cocoa powder.

Black cocoa, an extra Dutch-processed cocoa, has most of the chocolate flavor stripped out of it, and is what is used in Oreo cookies. 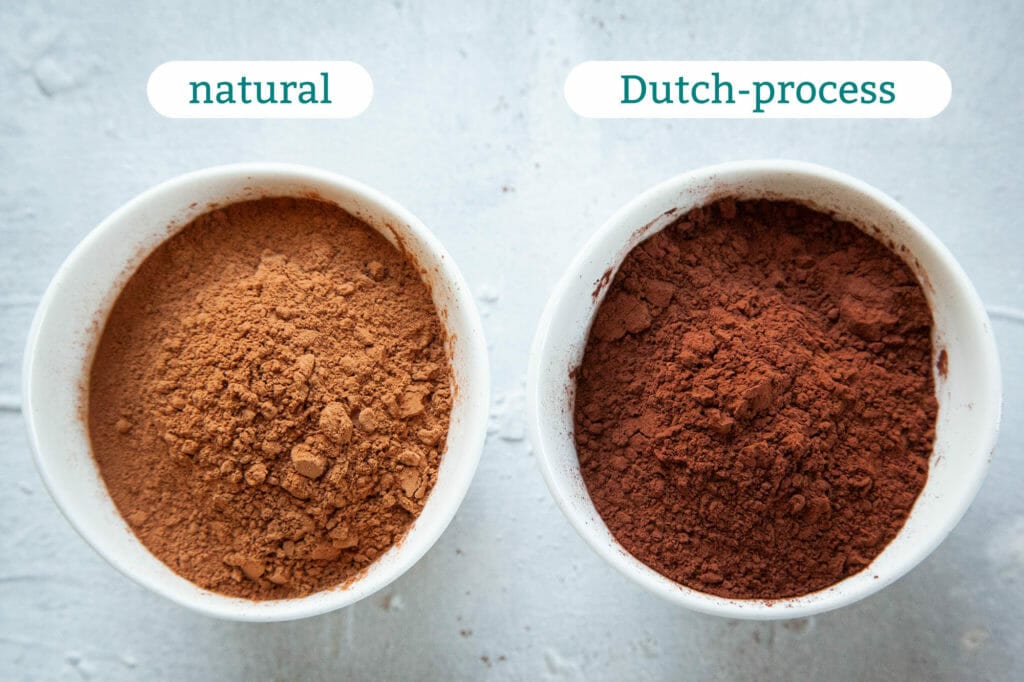 Can You Substitute or Swap Natural Cocoa for Dutch-Processed Cocoa?

Whether or not you can substitute cocoa powders depends on the recipe. Here are the general rules:

WHEN IT’S OKAY: Is the cocoa being used for coloring or added to a non-baked dish just for flavor? Then yes, you can swap one type of cocoa powder for the other without issue.

For example, I like to add a teaspoon or so of cocoa powder into the cinnamon layer of our coffee cake, to give it more color contrast. Same goes for recipes like hot cocoa, pudding or mole sauce. In those cases, I’d swap the two cocoa powders without an issue. Keep in mind, however, that the flavor might shift depending on the recipe, as natural and Dutch-process do taste differently.

WHEN IT’S NOT OKAY: Is the cocoa being used in baking recipes like brownies, cakes, or anything that “rises” when you bake it in the oven? Then no, you should not swap one cocoa for the other, at least not without modifying the leavening agents, i.e. the baking powder and baking soda measurements (more on that below).

The Relationship Between Cocoa Powder and Leaveners

If you swap cocoa powders without changing the leavening, the results will be unpredictable.

Your baked goods may be fine, depending on how the recipe is built. But there’s a high chance your cookies and brownies could be denser, and cakes may be flatter without the fluffy crumb.

Swapping the less acidic Dutch-process for natural cocoa without adjusting the leavening (which reacts to acidic ingredients) could result in baked goods that have a slight salty, metallic, or soapy taste because of the extra non-reactive baking soda. Swapping natural for Dutch-process without changing the recipe could lead to a less balanced, sharper, and more acidic-flavored baked good.

How to Substitute Natural Cocoa for Dutch-Processed Cocoa

All that said, if you find yourself with only one kind of cocoa powder on hand and don’t feel like going to the store to get the other kind, here’s how to substitute:

Keep in mind, as with all substitutions, that the outcome can vary drastically depending on the recipe. But the above is a good starting point for substituting one cocoa powder for the other!