MyWinet Daily News at Your Fingertips
Home English News Business Why Coronavirus Is Surging in the U.S. Midwest Right Now 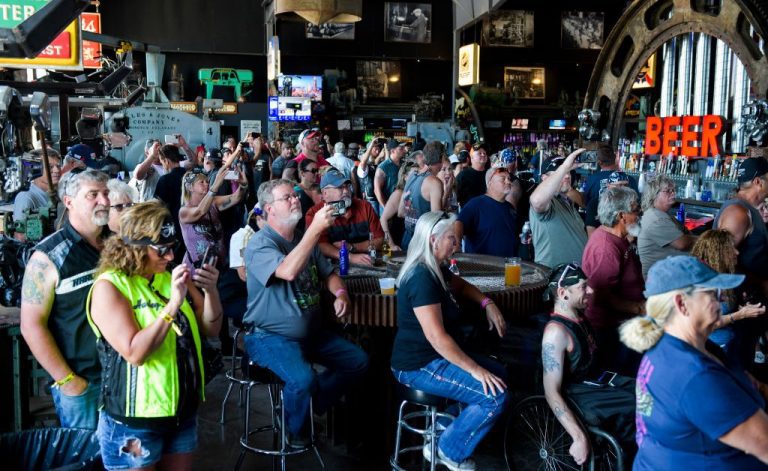 The epicenter of the U.S. coronavirus epidemic is a moving target. In the spring, it was New York City. Then Florida, Texas and California became hotspots. And now, with fall approaching, the outbreak has a new locus: the Midwest.

Daily coronavirus cases and deaths are trending downward nationally after a spike this summer. There were about 34,000 new cases of coronavirus and about 600 deaths on Aug. 31—decreases of about 12% and 30%, respectively, compared to two weeks ago. But the Midwest is an exception to the trend. It is the country’s only region where daily case counts are rising in nearly every state—and in some in the area, like the Dakotas and Iowa, they’re increasing dramatically.

“It was only a matter of time,” says Dr. Leana Wen, a public health professor at George Washington University who previously served as Baltimore’s health commissioner. “Essentially, we’re playing Whac-A-Mole. One part of the country is a hotspot. We’re able to suppress that. But that wave then moves to a different part of the country.”

It took months for the virus to move from densely populated, urban travel hubs to more sparsely populated rural communities. Now, a combination of tourism, reopened businesses and returns to school seem to be allowing the virus to take root in the Midwest.

“We had a couple of localized outbreaks, but this is our first real evidence of strong community spread,” says Victor Huber, a virologist at the University of South Dakota’s Sanford School of Medicine. “Once the virus gets in and has that population it can infect, it’s going to go ahead and do that.”

Many Midwestern states haven’t yet seen anywhere close to as many coronavirus cases as other parts of the country. For example, North and South Dakota, two states experiencing spikes at the moment, have only recorded about 12,000 and 14,000 cases respectively since the pandemic began—a small fraction of the 230,000 recorded in New York City. But daily case counts in the Dakotas and Iowa have increased by double-digit percentages compared to two weeks ago. During the last full week of August, five Midwestern states set single-day records for new cases: North Dakota (374), Iowa (2,681), Minnesota (1,154), South Dakota (623) and Kansas (1,019).

“We obviously don’t have the population density [of places like New York City], but in the smaller communities…you have a lot of opportunities to interact with people more frequently,” Huber says.

The proportion of coronavirus tests coming back positive is also rising in many areas. In South Dakota, about 17% of tests came back positive in the week leading up to Sept. 1, compared to an average of about 8% over the prior months of the pandemic. In Iowa, about 11% came back positive, after positive rates remained in the single digits for most of the summer.

“The World Health Organization is clear that the test positivity rate needs to be below 5%” for an area to reopen, Wen says. In areas where positivity rates are far above that, Wen says, the virus can spread too fast for all cases to be caught and isolated.

Huber says some states in the Midwest never fully shut down, while others reopened too quickly. Many businesses and tourist destinations are now completely open, which increases the chance for spread. A popular motorcycle rally held in Sturgis, S.D., from Aug. 7-16 has so far been linked to almost 250 coronavirus cases across at least 10 states, South Dakota’s Rapid City Journal reports.

A number of coronavirus outbreaks in Midwest meat-processing plants also made headlines this spring, including one at an Iowa Tyson facility that sickened more than 500. As of Aug. 31, nearly 5,000 people in Nebraska and 3,600 people in Iowa had been sickened in connection to a meat-processing facility outbreak throughout the pandemic, according to Midwest Center for Investigative Reporting data.

“We’re not at the beginning of this outbreak. We’ve now seen what is effective in other places,” she says. “We know what works. Now is the time to implement it.”