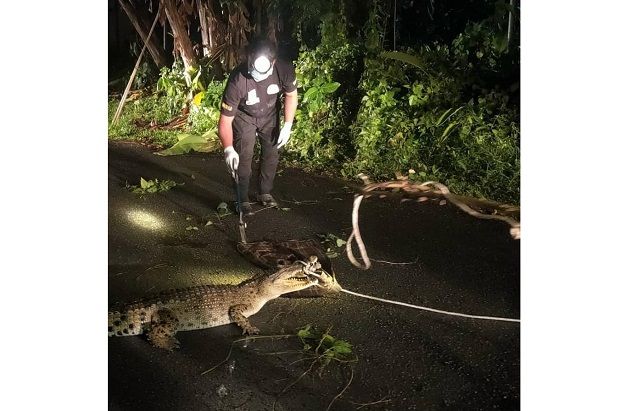 KOTA KINABALU: A crocodile measuring about two metres was captured at a residential area here on Friday (July 9) night.

According to a post on the Wildlife Rescue Unit (WRU) Facebook page, they received a call from resident Rodmen Lim, who said his mother had seen a crocodile in some bushes near his house on Friday.

When wildlife rangers arrived, they tried searching for the reptile but it was nowhere to be found.

Before leaving, they asked Lim to alert them if he saw the crocodile again which he did later in the evening.

Rangers arrived at about 7.55pm and caught the crocodile before it could escape.

The crocodile was taken to the Wildlife Rescue Center in nearby Potuki before it was released back to its natural habitat.

Remembering The Lives We Lost in 2020

Restaurant in Singapore desperate for dishwasher, willing to pay over RM11,000

Football: Soccer-Saint-Maximin calls on Newcastle players to ‘stop talking and to show’