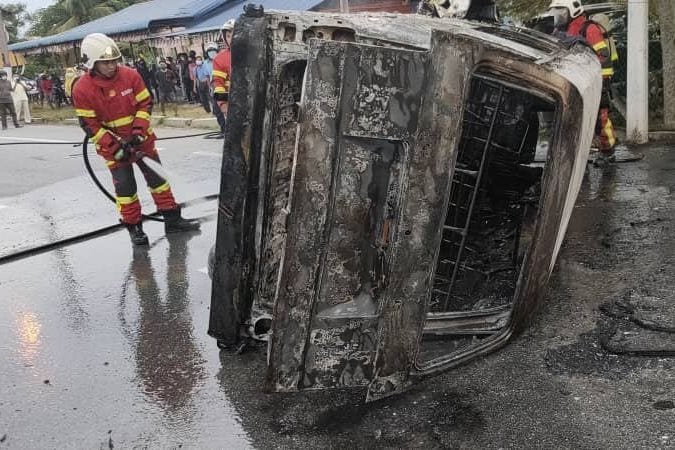 KUALA KANGSAR: A woman was burnt to death after the van she was in burst into flames following an accident with a sports utility vehicle in Kuala Kangsar.

ACP Omar Bakhtiar said the van was also carrying two passengers, one who sustained light injuries to her head while the other was unharmed.

“Initial investigations found that the deceased failed to stop the van in time and crashed into the back of the SUV, which was about to make a left turn.

“The impact of the crash caused the van to overturn and land in the middle of the road before it burst into flames,” he said in a statement.

“The two passengers from the van, both factory workers, managed to crawl out from the vehicle.

“The driver of the SUV was not harmed while the injured van passenger was sent to the Kuala Kangsar Hospital for treatment,” he added.

ACP Omar Bakhtiar said the incident would be investigated under Section 41(1) of the Road Transport Act for reckless driving causing death.