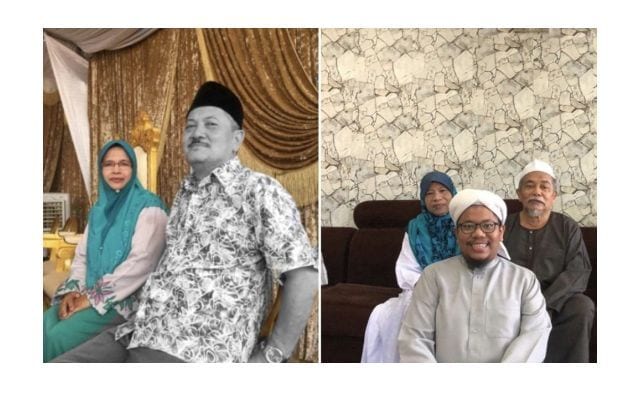 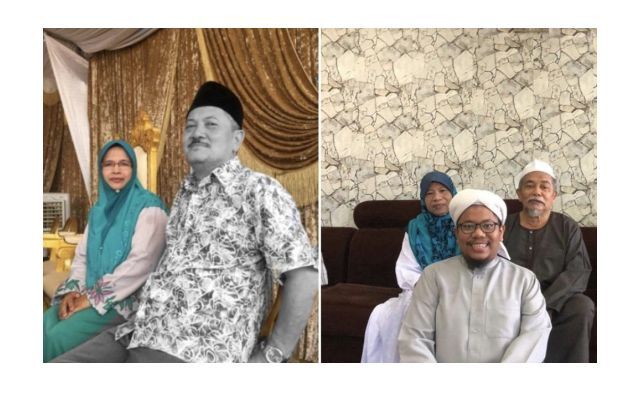 JITRA (Bernama): “Don’t forget, on the fifth day, fetch ayah (father) home, surely I‘d be okay by then,” Ismail Putih confidently told his children on May 30, before boarding an ambulance at his house in Taman Mahsuri to go to the Covid-19 quarantine centre in Kulim.

As promised, Ismail, 63, did “return home” on the fifth day, but not the way that his loving family would have envisioned. He breathed his last at Kulim Hospital on June 4 while being treated for Covid-19.

Ismail’s wife, Fadzilah Kassim, 57, recalled that the last time she saw her beloved husband, he was quite cheerful despite feeling a bit ill after testing positive for Covid-19.

Fadzilah said that she and her three children also tested positive for Covid-19, and the cluster, known as the Dah Mahsuri Cluster, not only caused her to lose her beloved husband, but the virus, in just about two weeks, also had taken away 14 of her neighbours living in the same residential area.

“I know of all them; most of them were old, but some were young. Things happened so fast,” she said.

She said that she was told that as soon as her husband arrived at the quarantine centre, his condition turned critical, such that he had to be rushed to Kulim Hospital and subsequently intubated. On June 4 at noon, Ismail breathed his last.

“I still feel that he’s still here, because when he left home that day (to the quarantine centre) he looked healthy as usual, he just has diabetes. He’s over 60, but he’s still active, fit and handsome. Now it feels like he’s still being treated at the hospital, and yet to be allowed home,” said grieving Fadzilah, who is trying her best to navigate her immense sadness and painful loss.

She admitted that she was still trying to accept the truth, and was very grateful for the strong support from family members and friends.

“My late husband knew many people because he was a former officer to the people’s representative here. He always went down to the field to look at problems, and help with channelling contributions to the community. Many knew him and they showed concern towards me and my children. They also organised Yassin and tahlil sessions for my late husband,” she said.

Meanwhile, a teacher, Muhammad Fadlan Aiman Mhd Fadzy, 28, said that receiving the news that his neighbours, one after another, died from Covid-19 was heartbreaking. In fact, the experience caused both his parents trauma and great sadness.

“In total, 15 of our neighbours died due to Covid-19; most of them were close friends of my mum and dad. I also knew them since childhood; that’s why mum and dad are so sad and distraught with what happened.

“Tomorrow, the enhanced movement control order) will end here, but I told my sister not to come home for three months, even though she is living not too far from our residential area. My mum is still too traumatised and she does not want to take the risk of allowing her children and grandchildren to come home.

He said that his mother, Azizah Abdullah, 62, started having a fever on May 13, the first day of Aidilfitri, followed by his father, Mhd Fadzy Ismail, 66, three days later, and he also had a fever.

“I was sent to a quarantine centre in Sungai Petani, my mother to Kulim and my father to Kuala Nerang Hospital because of low oxygen level. We don’t know who was infected first, because my father and mother are part of the surau congregation in this residential area, and I always go to the surau,” he said.

Muhammad Fadlan said that the pain of being infected by Covid-19 was difficult to describe, but he was thankful that he and his family managed to survive the ordeal.

“I truly sympathise with friends who lost a family member. One of my friends, who lived near our house, losing father and grandfather all at once, it is very sad,” he said.

On Sunday (June 13), the chairman of the state Health and Local Government Committee Datuk Dr Mohd Hayati Othman confirmed that a total of 15 surau congregants in Taman Mahsuri, who tested positive for Covid-19, had died in the past two weeks.

He was reported to have said that he was informed by the state Health Department (JKN) and the outbreak was detected to infect the surau congregation in May. The Dah Mahsuri Cluster was then declared, bringing the implementation of almost a month-long EMCO in Taman Mahsuri here, since May 18. It is scheduled to end tomorrow. – Bernama

Bursa falls as US markets slide ahead of extended weekend