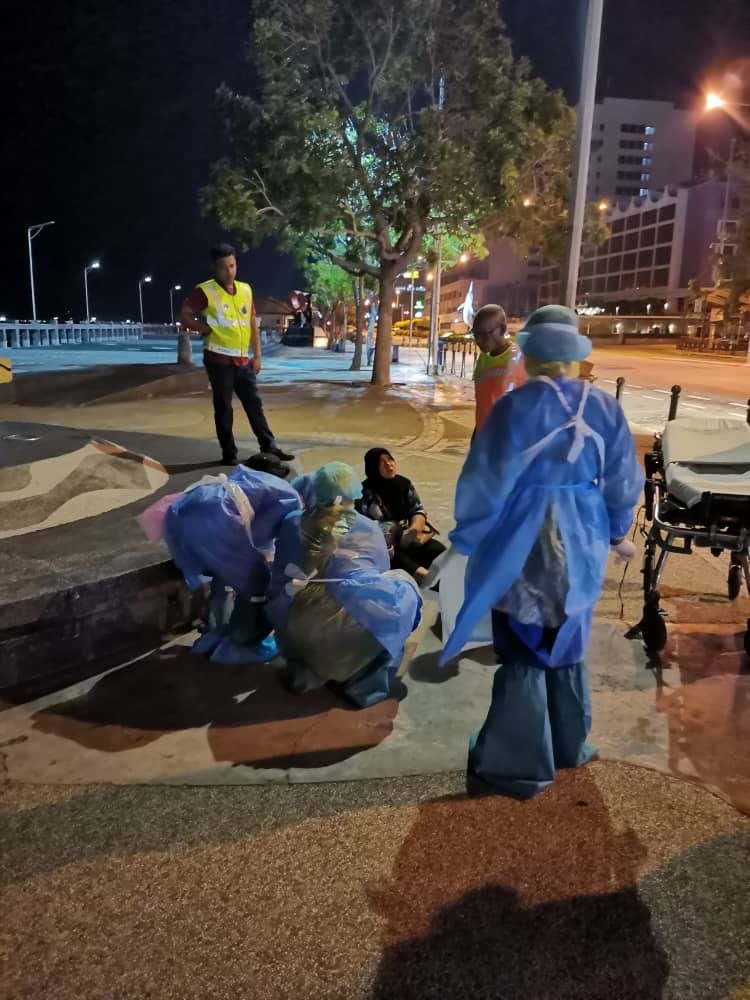 KOTA KINABALU: A 38-year-old woman from Pulau Gaya was forced to give birth to a baby girl on the street with the help of a policewoman Wednesday night (15 April) as there was no transport to take her to a hospital during the Movement Control Order (MCO).

“Upon reaching the city centre on a boat at 10.30pm, I thought of trying to stop any passing vehicle to take my sister-in-law to hospital, but because of the MCO there was no vehicle on the road,” said the 50-year-old man, adding that he and his wife helped Pahmah to the road at the Todak Square in front of Hyatt Hotel.

While they were waiting for anyone who could help them, Halilih said he saw three police personnel on their rounds in the city.

“I immediately ran over to them and told them I needed help, while my wife stayed with my sister-in-law,” he said.

“Two policemen and a policewoman were on their MCO patrol there. They immediately came to help us by calling an ambulance,” he said.

However, by the time the ambulance arrived, Pahmah had already given birth with the help of the policewoman, said Halilih.

Paramedics then took Pahmah and her baby to the Women’s and Children Hospital in Likas.

Halilih said Pahmah had been staying with him and his wife as her husband was away at sea.

It was reported that both the mother and her baby girl were in good health.

Pulau Gaya was placed under tighter travel restrictions yesterday after a man, who allegedly committed suicide earlier this month, was discovered to have Covid-19 infection.

‘They’ said they had US woman’s son. ‘They’ demanded money. So began the days...

Football: Soccer-Barca will miss Messi but others get chance to shine – Nagelsmann