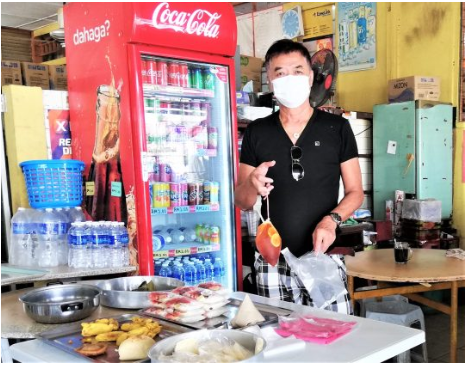 MUKAH: The business community here are anxious to resume their activities while adhering to the current movement control order (MCO) and hope that the Covid-19 pandemic would subside soon.

Owners of businesses which were not permitted to operate during the MCO period were worried as the restriction was extended from April 15 to 28 and it is not known whether the current third phase of the MCO would end as scheduled or might be extended for another period of time.

Chop Hock Hing Radio Electrical Service was one of the many business outlets here which had been closed since the first phase of the MCO.

Its owner, identified only as Kong, 56, said he had no income during the MCO period and was worried.

He added that the situation was very challenging for him and other businesses too.

“I cannot tell when my business can recover when the MCO is finally lifted,” he told New Sarawak Tribune Saturday.

According to him, once in a while, he would go to his shop and spent about an hour to attend to minor works besides doing routine check.

Kong, who has been in the business since 1985, said he is worried if the MCO is extended, which would certainly affect his source of income.

Besides electrical products, Kong’s shop, which is located at Mukah New Township, also deals with furniture.

Meanwhile, coffeeshop owner Wee Tai Chee, 63, said he was a bit relieved because he could operate his business at “half capacity”.

He said he was grateful to the authorities for permitting him and other coffeeshop owners here to operate on take-away basis only.

“Although my daily income is about RM100 or so during current MCO period, at least I can earn something.

“However, how soon I can recover depends on the MCO,” he said, whose business premises is located at the old town.

He added that during the trying times due to the Covid-19 pandemic, he also had to adhere to the MCO for the benefit of all people.

Tai Chee, who has been in the business for 40 years, hoped that the MCO would end soon and that the Covid-19 pandemic would subside so he could resume his business as usual.