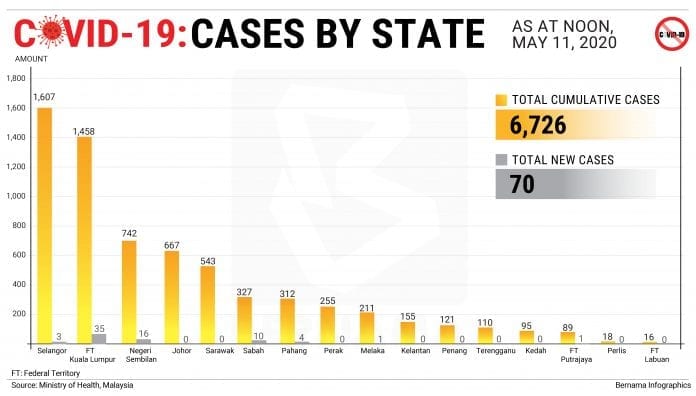 KUCHING: No Covid-19 positive case was recorded in Sarawak yesterday, maintaining the total cases at 543.

Nine recovered cases were discharged from Sarawak General Hospital (SGH), bringing the recovery rate in the state at 67.9 per cent, with 369 recoveries.

“The total number of People Under Investigation (PUI) cases today (yesterday) is 57 while the number of PUI pending lab results are 42 cases,” the Sarawak Disaster Management Committee (SDMC) said in a statement yesterday.

SDMC also announced that Bintulu was now a green zone, following a decline in Covid-19 cases in the past two weeks.

Yesterday, 74 Person Under Surveillance (PUS) checked into hotels to undergo quarantine, making the total number of PUS at 31 hotels statewide at 3,611 persons.