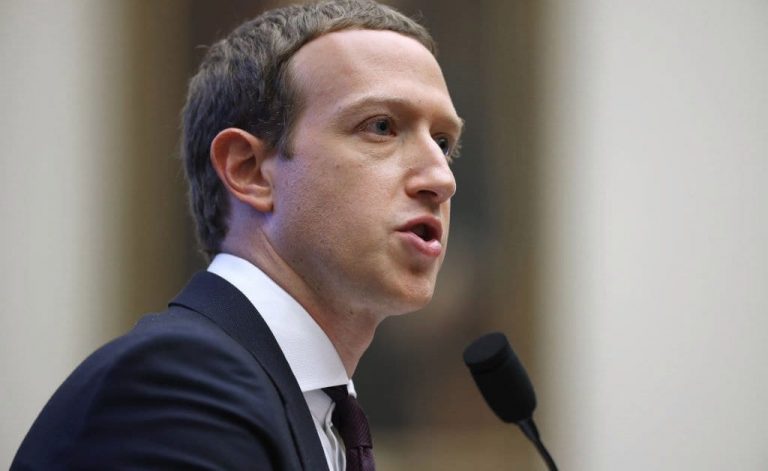 In a video posted to Facebook on Friday, Facebook chief executive Mark Zuckerberg said that the social media giant made a mistake by not removing a page and event that urged people in Kenosha, Wis., to carry weapons amid protests. On Tuesday night, a 17-year-old named Kyle Rittenhouse allegedly fatally shot two people and injured a third.

Zuckerberg admitted that “a bunch of people” had reported the page and said the decision to not remove it was “largely an operational mistake.”

“The contractors, the reviewers who the initial complaints were funneled to, didn’t, basically, didn’t pick this up,” Zuckerberg said in the Friday video, which was taken from a larger company-wide meeting. “And on second review, doing it more sensitively, the team that’s responsible for dangerous organizations recognized that this violated the policies and we took it down.”

Protests first began in Kenosha earlier this week after video emerged of police shooting Jacob Blake—a 29-year-old unarmed Black man—several times in the back on Sunday. Blake’s attorney tweeted on Tuesday that he’s currently paralyzed from the waist down. Demonstrations swiftly swept the city, as protesters demanded justice for Blake and other victims of police brutality across the U.S. The officers involved were put on administrative leave.

On Tuesday morning, a page run by a group called “Kenosha Guard” asked if any followers would be willing to “take up arms” and “defend” the city against “evil thugs,” according to an analysis from the Atlantic Council’s Digital Forensic Research Lab. (The Kenosha Guard page has since been taken down.) The group also posted a since-deleted event titled “Armed Citizens to Protect Our Lives and Property,” which resulted in at least 300 RSVPs and 2,300 more people responding “interested,” per the Atlantic Council’s analysis. Buzzfeed News reports that the event was flagged to Facebook at least 455 times after it was posted.

Both the page and event were eventually taken down by Facebook that night after the deadly shootings, per the Washington Post. Rittenhouse was arrested in Antioch, Ill., which is around 15 miles from Kenosha on Wednesday and charged with first-degree intentional homicide.

In his video posted on Friday, Zuckerberg said Facebook’s investigation of the incident has not found any evidence that the shooter “was following this Kenosha Guard page, or was connected to the event or invited to the event in any way.”

But Zuckerberg said that, regardless, the Kenosha Guard page and event violated Facebook’s new policy against militia organizations that was launched several weeks ago. He said Facebook is now working to remove all content praising Tuesday’s shooting or shooter, and has designated the shooting as a “mass murder.” He also said the social media company had suspended the shooter’s Facebook and Instagram accounts.