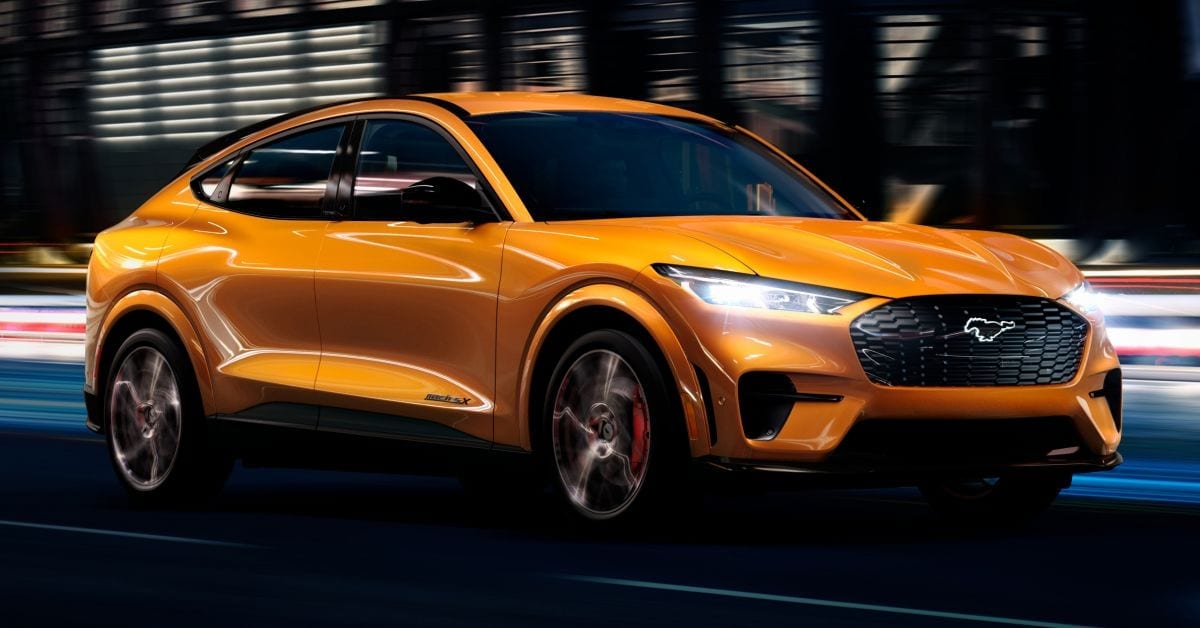 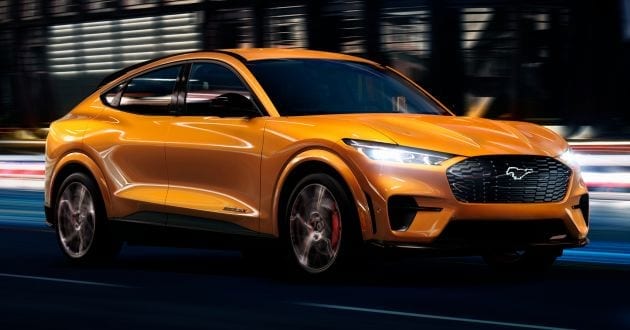 It looks like the Ford Mustang Mach-E, the Blue Oval’s first high-performance all-electric SUV, will be leaving the factory with more power than what was announced at launch.

In the US, the Mustang Mach-E SUV is pretty well received – the first year allocation of 50,000 units have been sold out in the span of four months, and that customers who have made their reservations can now proceed to finalise the deal. The electric SUV will go into production soon, with the first batch of cars due to be delivered to customers by the end of 2020. 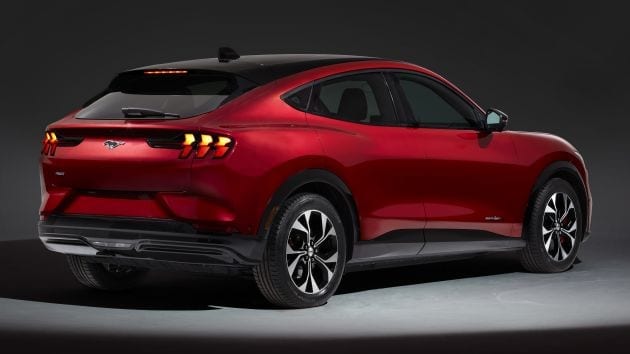 Mustang Mach-E chief programme engineer, Ron Heiser said: “We remain dedicated to delivering on the promise of the Mustang name. These better-than-estimated performance figures show that our team is squeezing every last bit of performance out of this vehicle so that it not only delivers Mustang style but Mustang soul as well.”

Later in the future, Ford will also be introducing more performance-oriented versions of the Mach-E, such as the GT variant. Apparently, this will get the full 439 hp and 830 Nm output that Ford is targeting, and the base model will do the century sprint in under four seconds.

That’s already quicker than a Porsche Macan Turbo, but the GT Performance Edition can do the 0-100 km/h sprint in about 3.5 seconds, chairman Bill Ford Jr said. That’s just as fast as a Ferrari Portofino, “and you know how much we like beating Ferrari,” he said.

For the first time in 55 years, Ford is expanding the Mustang line-up with the all-electric Mustang Mach-E SUV joining the sports coupe, convertible and special editions, featuring an all-new infotainment system and connected vehicle technology.

Mustang Mach-E boldly fuses modern looks with smart design, delivering powerful capability in a whole new shape that can grow with people and their families.

Mustang Mach-E GT Performance Edition brings the thrills that Mustang is famous for, targeting 60 miles per hour in the mid-3-second range and targeting an estimated 342 Kw (459 horsepower) and 830 Nm (612 ft.-lbs.) of torque.

Ever since the original Mustang took the world by storm in 1964, it quickly came to represent the best of the American spirit: Freedom, progress, fast performance and a touch of rebellion. Now, Mustang is ready to reimagine these ideas for a powerful electric future, with space for customers’ growing needs, all-weather capability, and innovative, connected technology solutions with secure over-the-air updates that continue to improve your vehicle.

By moving the vehicle’s front wheelbase forward, Ford was able to give Mustang Mach-E the space needed to design its signature hood and aggressive headlights.

Equipped with an extended range battery and rear-wheel drive, Mustang Mach-E has a targeted EPA-estimated 300 miles of range.

In extended-range all-wheel-drive configurations, Mustang Mach-E is targeting 332 horsepower and 417 ft.-lbs.2 of torque – with the standard all-wheel-drive variation targeting a faster 0-60 miles per hour time than the base Porsche Macan series.

The Mustang Mach-E is instantly recognizable as a Mustang, with designers preserving the Mustang’s rear-haunch design and trademark tri-bar tail lamps, creating larger rear fenders that give the vehicle a wider feel and a more powerful stance

Electric vehicle owners do 80 percent of their charging at home, and Ford is offering a Ford Connected Charge Station that will be able to add an estimated average range of 32 miles per charging hour with a 240V outlet to the Mustang Mach-E RWD with extended range battery.

Created a few blocks away from Henry Ford’s first factory in Detroit, Mustang Mach-E was brought to life through a development process concentrated entirely on customer needs and desires. The result is a sleek, beautiful SUV that delivers spirited ride and handling, with state-of-the-art connected vehicle technology that makes Mustang Mach-E even better over time.

Along with creating a more sharply angled windshield to emphasize the Mustang Mach-E’s sporty look, Ford also dropped the car’s rail faster and in a more coupe-like style.

Phone as a Key technology makes its debut in the Ford lineup with Mustang Mach-E. Using Bluetooth, the vehicle can detect customers’ smartphones as they approach, unlocking the Mustang Mach-E and allowing you to start driving without getting his or her cell out of their pocket or using a key fob. A backup code also can be entered on the center touch screen to start and drive the vehicle in the event the phone battery dies.

When the Mustang Mach-E launches in late 2020, a new all-wheel-drive system (eAWD) will be available that can apply torque independently to the front and rear axles to deliver impressive acceleration and improved handling. Ford tuned this eAWD system to provide excellent traction on the road, rigorously testing the vehicle in wet and snowy terrain to help control for slippery conditions.

Drive experience features on the Mustang Mach-E include custom-designed vehicle responsiveness such as sportier steering controls, ambient lighting, sounds tuned for an authentic all-electric experience, and dynamic cluster animations that are tied to driving behavior.