All returning Sarawakians must be quarantined 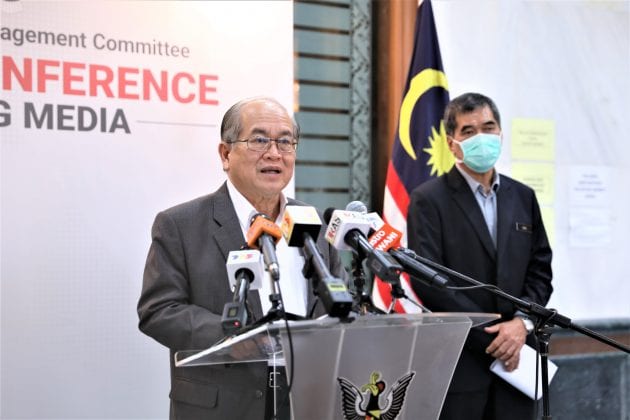 All returning Sarawakians must be quarantined

KUCHING: All Sarawakians including students returning from abroad, Malaya, Sabah and Labuan must be quarantined at various designated places.

He said these Sarawakians would be tested on the tenth day of their quarantine.

“On day 14, they will be allowed to return home if the test results are negative,” he said in a press conference on the daily Covid-19 update yesterday.

Uggah said those who were quarantined before arriving in Sarawak would still need to be re-quarantined if their last destination was a green zone. Swab samples would be taken from them on the tenth day and they would be allowed to go home on day 14 if they tested negative.

“Returning Sarawakians who have been quarantined and their last destination is a red or yellow zone will need to wear wristbands and be issued with stay-home notices.

“On the seventh day, samples will be taken and if the results are negative, they are allowed to go home but must continue to complete the 14-day quarantine,” he said.

Uggah added that the quarantine centre in Kuching was for those from Kuching, Samarahan, Serian, Sri Aman and Betong.

“To date, 12 Sarawakians returning from overseas and other states and placed at designated hotels had tested positive,” he said.

Uggah said of these cases, nine were from Kuching; eight were students who returned from Temboro, Indonesia while one returned from the United States.

“As for the two cases in Miri, one returned from Singapore and one from Kuala Lumpur. On the case in Sri Aman, the person returned from Badau, Indonesia,” he said.

Sarawak currently has 29 green districts out of 40 and these have been achieved with strict enforcement of phase one of the movement control order (MCO) and full co-operation of Sarawakians themselves.

A district is considered green after no positive case is detected within 14 days.