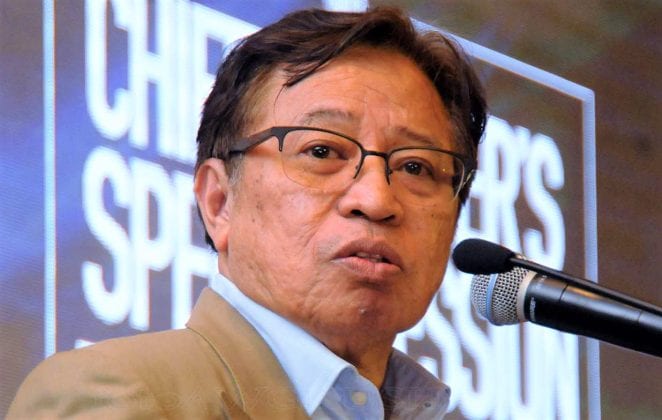 KUCHING: The commercial solution reached by both Sarawak and Petroliam Nasional Berhad (Petronas) to put their differences behind them and work together was lauded by Chief Minister Datuk Patinggi Abang Johari Tun Openg.

He said the decision was an important milestone ending a protracted legal battle between the two on the implementation of the State Sales Tax (SST) on petroleum products.

Abang Johari also commended the resolution on the oil and gas management in the state according to Malaysia Agreement 1963 (MA63).

“With such resolution, a most stable business and investment environment can be fostered to spearhead the industry further in Sarawak.

“The Sarawak state government is a practical government, one that wants to assure oil and gas industry players that it is always being business-friendly,” he said in a statement issued by his office yesterday.

Abang Johari expressed that the state government was committed to working together with the federal government and Petronas in their further negotiations to ensure that all sides reach a solution and agreement for other related issues.

Yesterday, both Sarawak and Petronas through a statement said that it had reached a solution, with Petronas agreeing to pay RM2bil in SST for the year of 2019 along with dropping its appeal against the state to the Kuching High Court.

Sarawak agreed to limit its scope of SST to only petroleum products under the State Sales Tax (Taxable Goods and Rate of Tax) (Amendment) (No. 2) Order, 2018.

Despite that, all instrument and agreement which has been agreed by Sarawak and Petronas under the Petroleum Development Act 1974 (Act 144) is still in force, meaning the latter still holds the right to manage the nation’s oil and gas industry in line with the Federal Constitution.