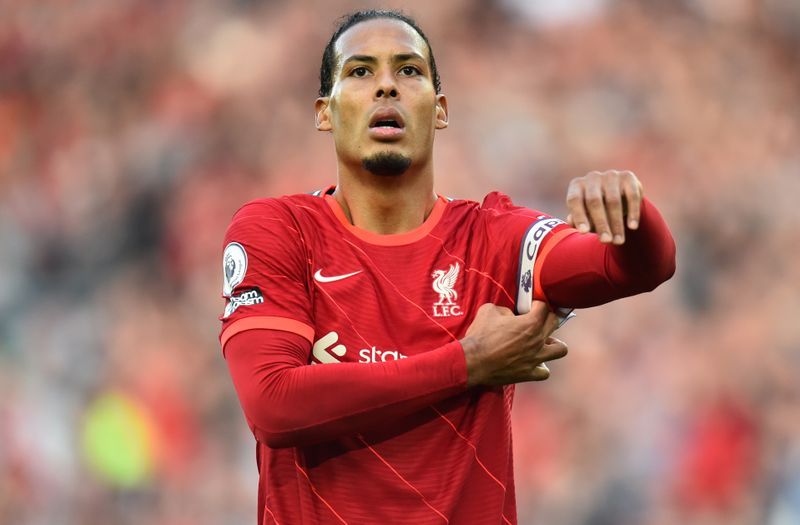 AMSTERDAM (Reuters) – Virgil van Dijk said he was excited to be back with the Netherlands team after being sidelined for almost a year with a knee injury, having been restored as captain for Wednesday’s World Cup qualifier against Norway.

“It feels like old times again, I’m very happy to be here,” he told a news conference before the Dutch team left for Oslo for the Group G tie.

“We are working towards a very important game. I’m very excited. It was hard to watch during the European Championship.”

Knee surgery kept Van Dijk sidelined for most of last season plus this year’s Euros, where the Dutch were eliminated in the last-16 by the Czech Republic.

Van Dijk, who last played for his country in October, could feature in three matches in six days, with a home clash against Montenegro on Saturday and Turkey next Tuesday to follow the trip to Norway.

The 30-year-old centre back said no arrangements had been made with Liverpool about him possibly sitting out one of the games to avoid fatigue.

“I know for myself what is important. But fortunately we have enough good defenders,” he added.

Coach Louis van Gaal, who begins his third stint in charge of the national team, confirmed Van Dijk would again captain the side.

“Van Gaal brings something extra with him,” said Van Dijk.

“The atmosphere is lively, everyone is sharp and looking forward to playing. But, in the end, it’s about what we show on the pitch. The conditions look good and we’ve had good discussions about how we want to play against Norway and how we want to develop as a team.”

INTERACTIVE: The Bahasa in Malaysia

Decision on lifting England’s lockdown will be driven by data, minister says