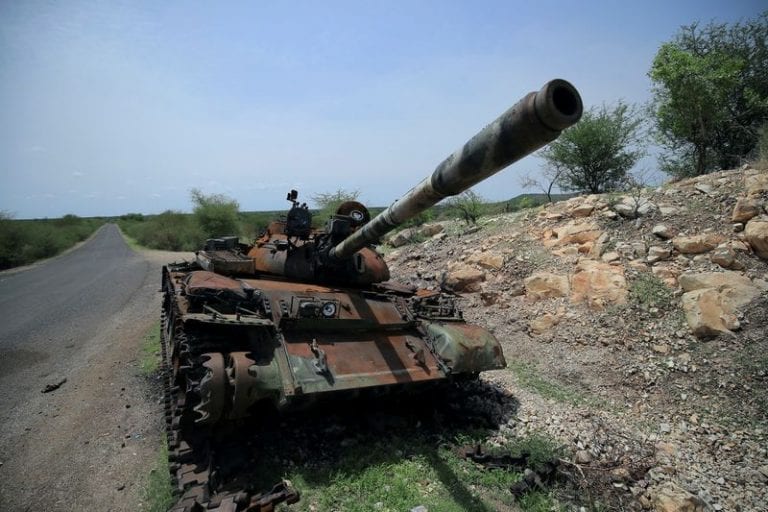 ADDIS ABABA (Reuters) – Forces from Ethiopia’s northern region of Tigray said on Monday they were pushing south and had recaptured a town from government forces, underscoring their determination to keep fighting until the region’s pre-war borders are restored.

Reuters was unable to independently confirm the claim because communication links to the region are down.

On June 28, the TPLF recaptured Mekelle and now controls most of Tigray. But some parts in the west and south are also claimed by neighbouring Amhara region, which has sent fighters to the contested areas.

A former resident of Korem now living in the capital Addis Ababa told Reuters that a family member fleeing their home had reached an area with cell service and confirmed fighting.

Ethiopian military spokesman Colonel Getnet Adane did not comment on who was in control of the town but said in a text message “we had declared a ceasefire,” referring to a unilateral ceasefire declared by the Ethiopian government after its troops pulled out of Mekelle. The TPLF has called the ceasefire ‘a joke’.

A spokesperson for Prime Minister Abiy Ahmed and the head of the government’s task force on Tigray did not respond to requests for comment.

The conflict has forced nearly 2 million people to flee their homes and forced around 400,000 people into famine conditions.

On Monday, the United Nations’ World Food Programme said that the first humanitarian convoy to enter the Tigray region in two weeks had reached Mekelle. Major roads into Tigray have been blocked by government forces and their allies and at least two bridges destroyed.

Tigray’s leaders accuse the central government of blockading the region. Telecoms and banking have been down since the Tigrayan forces seized Mekelle.

Ethiopian authorities deny blocking aid to Tigray and say they are rebuilding infrastructure.

(Reporting by Dawit Endeshaw in Addis Ababa and Maggie Fick in Nairobi; Writing by Maggie Fick)