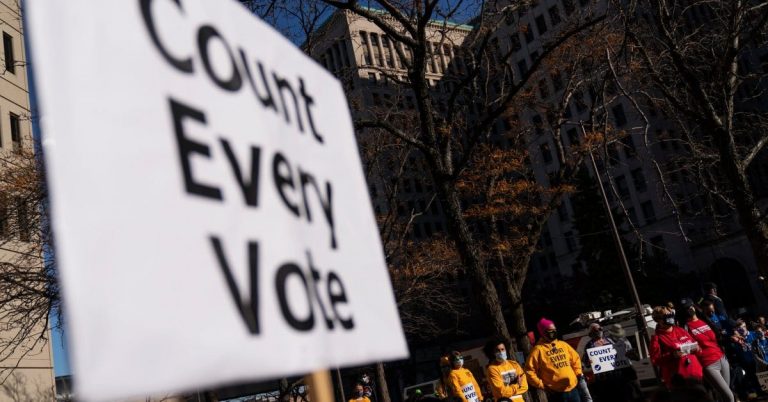 The Wayne County Board of Canvassers acted after the 2-2 tie was condemned by Democrats and election experts as a dangerous attempt to overthrow the will of voters.

The board met after days of unsuccessful litigation filed by Republican poll challengers and President Donald Trump’s allies. They claimed fraud during absentee ballot counting at a Detroit convention center, but two judges found no evidence and refused to stop the canvassing process.

Biden crushed Trump in Wayne County, a Democratic stronghold, by more than a 2-1 margin and won the state by 146,000 votes, according to unofficial results.

The canvassers first rejected certification of the Detroit-area vote with a tie. Monica Palmer, a Republican on the board, said poll books in certain Detroit precincts were out of balance. In response, Jonathan Kinloch, a Democrat, said it was “reckless and irresponsible” to not certify the results.

“It’s not based upon fraud. It’s absolutely human error,” Kinloch said of any discrepancies. “Votes that are cast are tabulated.”

The board then listened to a parade of spectators blasting Palmer and fellow Republican William Hartmann during the meeting’s public comment period over Zoom.

The Rev. Wendell Anthony, a well-known pastor and head of the Detroit branch of the NAACP, called the Republican county canvassers a “disgrace.”

“You have extracted a Black city out of a county and said the only ones that are at fault is the city of Detroit, where 80% of the people who reside here are African Americans. Shame on you!” Anthony said on Zoom, his voice rising during a public comment period.

Certification of the Nov. 3 election results in each of Michigan’s 83 counties is a step toward statewide certification by the Michigan Board of State Canvassers.