Higher electricity bills due to increased usage during MCO – SESB 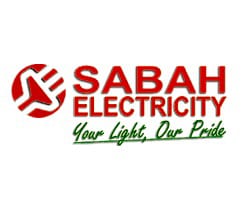 Higher electricity bills due to increased usage during MCO – SESB

KOTA KINABALU: Sabah Electricity Sdn Bhd (SESB) said the hike in electricity bills experienced by users now was due to the Movement Control Order (MCO) which started on March 18.

Senior General Manager (Asset Management) Norhizami Abu Hasan said the main factor for the hike was the increase in energy usage due to the MCO whereby citizens were made to sit at home to stop the spread of Covid-19.

He also said the increase in usage during the MCO was between 30 percent and 70 percent due to the use of electrical gadgets at home.

“Users should be aware that during the MCO period, they were at home hence their use of electrical appliances such as cooking devices, air conditioning, television and computers are more as compared to periods when they were at work or at school,” he said.

He also said that there was no meter reading during the MCO period and that the monthly bill was based on estimates of electricity usage in previous months.

Nevertheless, he said the bills would be updated once meter reading resumed starting April 17.

He said the electricity bill discounts announced by the State and Federal government only took effect from April 1 and that bills issued for February and March were excluded from the discounts.

Electricity usage exceeding RM500 in April would only enjoy a two percent discount, he said.