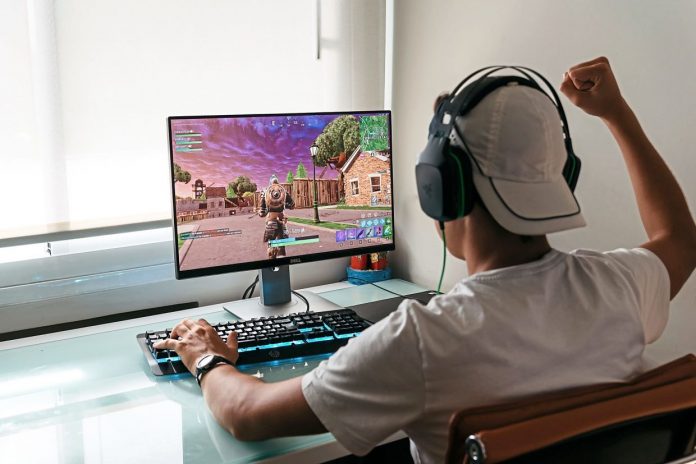 There is a lot of discussion in the United States about how to help people come together to solve the complex problems facing the nation and the world.

As a scholar of games, I see opportunities for that popular medium to contribute to this effort.

Games and the gaming community, especially online, are not always models of civility or civic life. Harassment and toxicity, not to mention the spread of disinformation and conspiracy theories, are problems in some games, and in how some people play them.

But in addition to the cruelty in some games, there is compassion too, just as in other kinds of communities, whether school classrooms, town hall meetings or Facebook groups. For instance, a 2020 study by the Anti-Defamation League, an anti-hate organisation, surveyed people who play online multiplayer games and found that 81% of players experienced harassment, but 95% of those surveyed also had positive experiences, like finding friends and mentors and feeling like part of a community.

In fact, many people of all ages may be participating in civic life without even realising it – through play. Gamers engage in debates and political discussions, take on others’ perspectives, and even protest issues about both physical and virtual worlds.

As I explain in my book We the Gamers: How Games Teach Ethics and Civics, games can help players practice important skills related to civics and public life, like communication, empathy and compassion, critical thinking, and problem-solving. Here are some examples.

In the most popular mode of Fortnite, 100 players’ characters get air-dropped onto an island, where they battle until just one survivor remains. To win, players need to collect items, build shelters, find weapons and avoid bad weather.

The in-game goal is to kill the other players’ characters, but these other tasks help players develop strategic thinking skills like managing limited resources. These are also useful in civic problem-solving. A Fortnite player needs to think about the best places to build a shelter, when to take health potions, or how much wood and stone to stockpile, just as a community has to think about how to secure structures or store first aid supplies before a coming storm.

In addition, Fortnite held a series of conversations on race and politics through the game, hosted by political commentator Van Jones and featuring speakers like journalists Jemele Hill and Elaine Welteroth.

Minecraft players can find and break apart bricks that yield materials they can use to craft items like tools, buildings and food.

For instance, players in Minecraft may need to think about where to build or which materials to use to create a home or building, just like planners and builders in a real-world community.

In addition, players have used the game to engage in civic-related stories. Last year, thousands of YouTube and Twitch viewers watched Minecraft livestreamers on one particular shared virtual world. While they played Minecraft, they performed a dramatic narrative related to a fictional election for the president of a world they created, called L’Manberg. In this election, four imaginary political parties competed. The finale in January 2021 brought in over 650,000 viewers across YouTube and Twitch and dealt with such issues as voter fraud.

In Among Us, 10 people play together online as crewmates on a spaceship. But one or two of them are imposters who pretend to perform simulated crew duties but really sneak around and eliminate the other players from the game.

Players need to use communication and deliberation skills to try to figure out who the imposters are. Players mount arguments about who they think is the imposter and provide such persuasive evidence as “I saw the yellow character running from the cafeteria.” The need to share evidence and use reasoning skills and persuasive techniques provides practice at collaborating to solve group problems.

This game has also been used by real-world politicians to engage people: In 2020, Reps. Alexandria Ocasio-Cortez and Ilhan Omar played Among Us and streamed it live on Twitch, where more than 400,000 people watched.

In Animal Crossing: New Horizons, players create their own island, visit others’ islands and collect bugs, fish and other digital critters.

Players can design and clothe their own digital avatars, give items to other players and purchase upgrades for their homes. They need to express their identity in the game; my daughter’s in-game house has an aquatic-themed living room, while mine looks like a library. Giving gifts that fit the desires of other players requires learning their interests and perspectives.

Learning to express themselves and understand the needs of neighbours helps players feel part of the wider conversation about how society improves the world.

During their election campaign, Joe Biden and Kamala Harris created their own islands in the game, which featured virtual versions of the political figures, and encouraged players to vote. People for the Ethical Treatment of Animals even staged a protest as part of the game, against a digital museum that is a destination in the game, asking for the virtual tanks and exhibitions to be emptied and the digital critters to be freed.

Some games even help players more directly solve civic problems. In the Plague, Inc. series, gamers play as a virus, bacteria or other germ and try to spread it as much as possible. They can evolve the pathogen to spread through insects or to cause symptoms like coughing.

But a recent version, Plague, Inc.: The Cure, puts players in the role of fighting the outbreak, much as the world has been working to curb the Covid-19 pandemic. Players try to develop a vaccine or make policies around masking or social distancing and observe the economic and social fallout.

Playing games like these helps people understand complex systems and how the intersection of dynamic factors can play out in a society.

Learning skills for group problem-solving, understanding world crises, observing elected officials – those all sound like civic engagement, social action and activism, even when they’re happening in a digital game.

Of course, just like all public spaces and civic communities, it is important to consider whether everyone is able to participate equally. Obstacles to joining include the need to have computers or smartphones, Internet access and spare time to play. The biases that shape the world also unfortunately affect games and whether people feel that they belong and can express themselves in game worlds. For instance, designers may limit the types of hair textures – such as Type 4, a tightly coiled texture rare in games – or body types players can apply to their avatars. More inclusive and equitable games may help even more people learn about and participate in civics.

Games may even be useful ways to explore potential changes in social, political and economic systems. Letting millions of people experiment in a digital world could provide insights identifying productive – and destructive – policies that might be adopted in the physical world. For instance, through the game EterRNA, players are already helping to design new mRNA vaccines that can defend against variants of the coronavirus that causes Covid-19. Games may reveal flaws, opportunities and even solutions to troubling problems.

As Americans consider how to become more civically engaged and encourage each other to do so, digital games provide opportunities to learn, grow, explore and change – not just individually, but in terms of humanity and society as well. – The Fulcrum/Tribune News Service

Austin Butler in talks to play Feyd-Rautha in Dune sequel