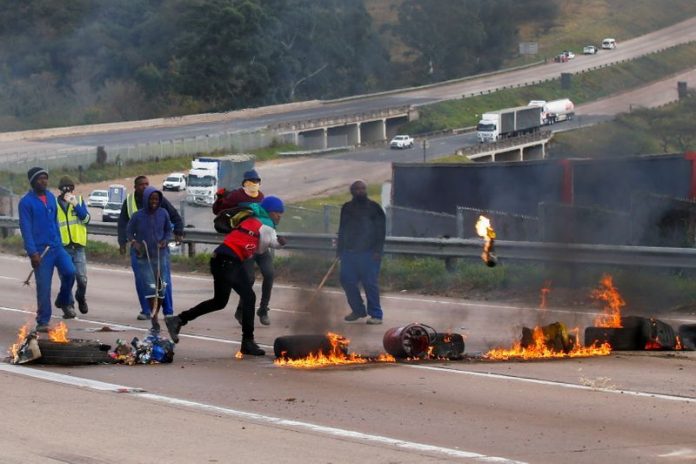 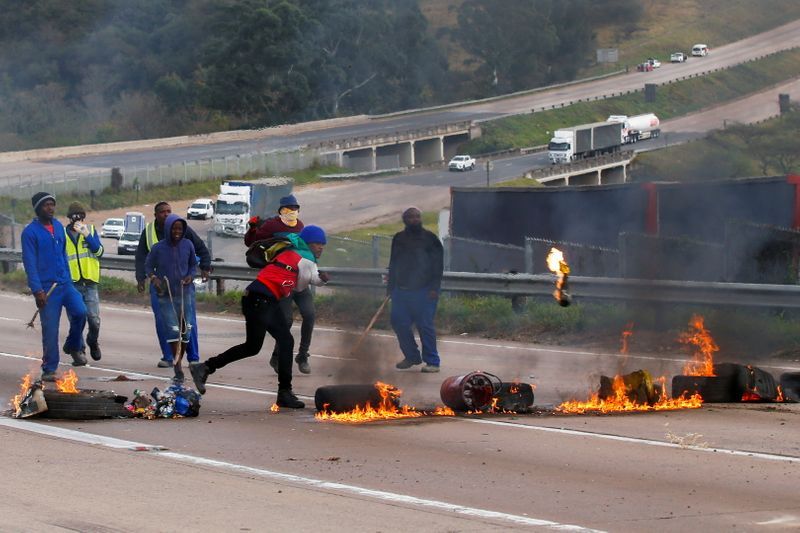 JOHANNESBURG (Reuters) – South Africa’s high court on Friday dismissed former president Jacob Zuma’s application to block his arrest for contempt of court, days after he handed himself over to police to begin a 15-month jail term.

“The application is dismissed with costs,” the judge presiding over the case said.

The constitutional court last week ordered Zuma jailed for refusing to give evidence at an inquiry into corruption during his nine years in office from 2009. Though he turned himself in on Wednesday night, Zuma has challenged his sentence.

The constitutional court will hear his challenge in a separate case on Monday.

Friday’s high court judgment came hours after the same court dismissed an application by the secretary general of the governing African National Congress (ANC) party, Ace Magashule, to have his suspension over corruption charges in a separate case set aside.

Both politicians’ proceedings are regarded as a test for South Africa’s ability to enforce the law — even against powerful politicians — 27 years after the ANC ousted South Africa’s white minority rulers to usher in democracy.

Zuma’s jail order has been seen as the most dramatic chapter yet in his journey from a revered anti-apartheid activist to a politician tainted by multiple charges of sleaze and corruption, all of which he denies.

As a member of the ANC when it was a liberation movement, Zuma was jailed by South Africa’s white minority rulers for his efforts to establish a state that would treat citizens equally.

Zuma, 79, denies widespread corruption and has maintained he is the victim of a political witch-hunt.

Murray admits to rustiness ahead of ATP return

Soccer: Soccer-Man Metropolis’s Foden having fun with life on the wing as targets proceed...