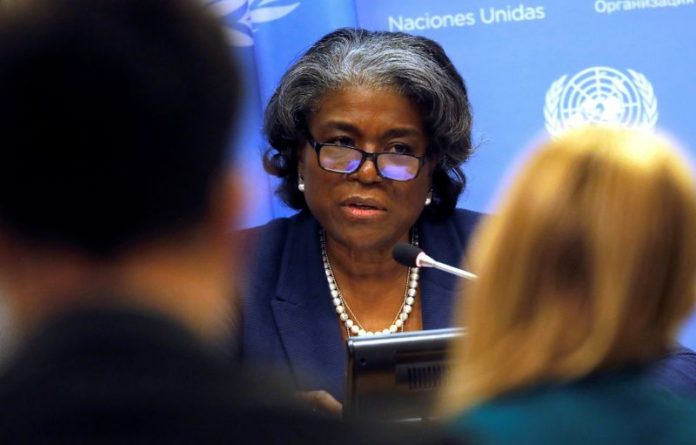 UNITED NATIONS (Reuters) – The U.S. ambassador to the United Nations called on Russia on Wednesday to stop violence by “mercenaries working as an arm of Russia’s Ministry of Defense” in the Central African Republic (CAR) and hold accountable those responsible.

Russia has sent hundreds of military instructors to arm and train government troops against rebels in the gold- and diamond-rich country of 4.7 million. The Kremlin described the accusations in the U.N. report as a “lie.”

“Russia must immediately stop the violence, hold those responsible accountable, and remove mercenaries endangering U.N. peacekeepers and undermining their crucial work in support of peace and security in the CAR,” U.S. Ambassador Linda Thomas-Greenfield said in a statement.

CAR has been mired in violence since a coalition of mostly Muslim rebels known as Seleka seized power in March 2013.

In recent months the army – backed by U.N. peacekeepers, Russian and Rwandan troops – has been battling the CPC rebels seeking to overturn a Dec. 27 vote in which President Faustin-Archange Touadera was declared the winner.

Rugby: Rugby-Furbank in at fullback, Sinckler on bench for England against France