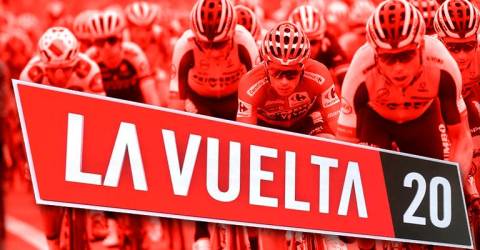 MADRID: Riders in the Vuelta a Espana on Sunday criticised a change to the time gap rule implemented by UCI judges at the end of Friday’s stage 10, which led to a change in the overall leader.

The peloton held a short protest at the start of Saturday’s stage 11 to express their disagreement with the change, which saw Primoz Roglic overtake Richard Carapaz as leader, and on Sunday released a joint statement.

The statement said the UCI Jury changed the time gap rule “without consulting or informing teams or riders” by calling the stage a hill-top finish.

As a result, gaps between riders counted in the overall classification, rather than being counted as the bunch time as the riders had first thought.

“The riders and teams spent months researching stages extensively and a lot of work goes into team strategy on a daily basis to put lead riders or possible stage contenders into the best position possible,” said the statement.

“While we have no issues with the rules being implemented, we object to the fact that the major stakeholders – riders and teams – were not informed of this critical change by the UCI Jury.

“We were told that it is the right of the UCI to change the rule as they see fit. If teams and riders can spend time and resources analysing the finish of each stage, then we expect the same from the UCI. This entire situation could have been avoided with some simple research and communication.”

They said the protest was supported by all riders and teams, including Roglic and his Jumbo-Visma team, and was purely directed at UCI judges and not the Vuelta organisers.

The statement also commended the organisation of the race and the safety measures to minimise the risk of coronavirus infections. – Reuters