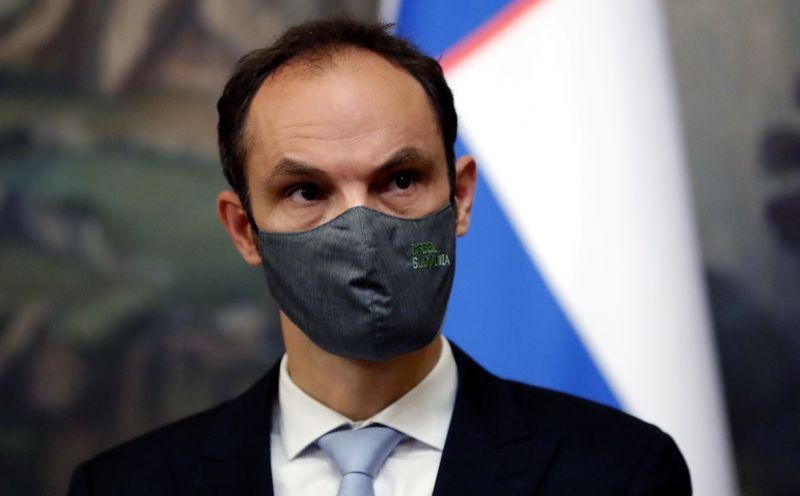 BLED, Slovenia (Reuters) – The European Union is far from deciding whether to formally recognise the Taliban government in Afghanistan after it took over the country last month but EU aid money will determine what conditions might apply, Slovenia’s foreign minister said.

Anze Logar, whose country holds the six-month presidency of the EU, said the Taliban’s designation as a terrorist organisation by some EU states meant that recognition was not just a diplomatic issue, but also a legal one.

“We are far from even tackling this question,” Logar told Reuters late on Wednesday in the Slovenian town of Bled, saying the decision was probably for EU leaders.

“It’s likely to come to an exchange of views among heads of state,” he said, pointing to two scheduled EU summits in October, in Belgium and Slovenia. EU foreign and defence ministers will also discuss Afghanistan on Thursday and Friday.

Afghanistan’s Taliban rulers were preparing on Thursday to unveil their new government as the economy teetered on the edge of collapse more than two weeks after the Islamist militia captured Kabul and brought a chaotic end to 20 years of war.

The EU, a group of 27 democracies, seeks to uphold human rights around the world and has regularly denounced the Taliban, who enforced of a harsh version of Islamic law, including the repression of women, when in power from 1996 to 2001.

Recognition by other countries of a Taliban government would have important consequences, like allowing the Taliban access to foreign aid that previous Afghan governments have depended upon. The EU is the world’s biggest aid donor.

“Aid is the leverage that the European Union has,” Logar said. “For Afghanistan and its economy, without this aid, it is the biggest blow to the citizens of the country, but there is a point of conditionality as well.”

Logar said EU policy should always be based on its values, which the bloc typically cites as human rights, democracy, rule of law and freedom of expression.

But he said Slovenia was not currently open to proposals for the bloc to accept tens of thousands of refugees fleeing Afghanistan.

Logar said that for the moment the EU’s commitment was to Afghan refugees who had worked with European forces, governments and institutions in Afghanistan, many of whom remain in the country despite a massive airlift last month to evacuate them.

“Our position is that for the time being there is no reason to go beyond our promises that are related to solidarity with locals and their families who worked with the European Union and NATO, in order to save their lives,” he said.

The European Commission, the EU’s executive, plans to secure funding of 300 million euros ($355.41 million) both this year and next to pave the way for resettlement of around 30,000 Afghans, but the proposal needs support from EU states.

YouTube says it removed one million ‘dangerous’ videos on Covid-19