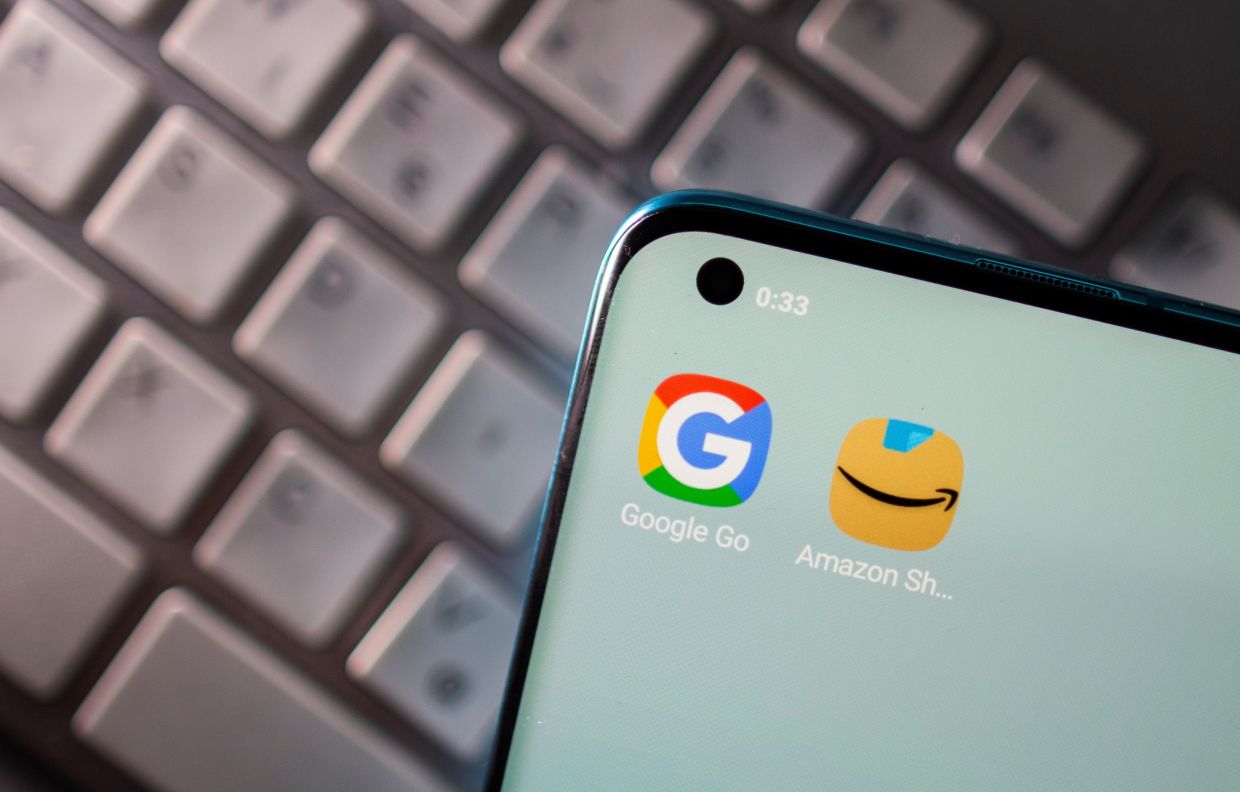 In the latest monopoly lawsuit against Google, US enforcers are relying on an odd victim to make their case: Amazon, one of the few companies on the planet bigger than Google.

On Wednesday, three dozen states sued Alphabet Inc’s Google, adding to a lengthy list of antitrust charges against the company. This particular case accuses Google of using illegal tactics to force app makers to use its Google Play store, which charges a commission for digital transactions. Central to the lawsuit is the allegation that Google intentionally boxed out competing app stores on Android phones.

Namely, Amazon.com Inc’s app store. The company more than a decade ago started a push to build its own store for Android software, with limited success. Amazon is mentioned by name more than two dozen times in the complaint, in what amounts to an argument that even a rich, powerful fellow tech giant couldn’t overcome Google’s grip on smartphone operating systems.

“Even Amazon, one of the biggest and most sophisticated content distributors has tried but failed to create a competitive app store that could weaken Google’s app distribution monopoly,” the states said in their complaint.

It’s unclear whether Amazon complained to antitrust investigators about Google’s conduct, or otherwise cooperated with the investigation by state attorneys general. But the suit cites a description of the difficulties the company had attempting to “sideload” its app store onto Android devices. “Even for consumers who discover and download an alternate store outside of the Play Store, Google has configured Android to block the installation of that store,” reads a statement attributed to Amazon in the complaint.

In recent years, Amazon has become a major threat to Google. A rising number of retail searches happen on Amazon, and its advertising business increasingly competes with Google’s. The Internet giant has managed to keep its search ads business intact thanks in part to the ubiquity of its Android mobile operating system.

Google and Apple, which between them control most phone software, are both under antitrust scrutiny for their app stores. So far, Google’s defense has relied on Android’s key distinction from Apple’s iOS: Google lets people install other app stores. Apple doesn’t. “We don’t impose the same restrictions as other mobile operating systems do,” Wilson White, a Google policy director, wrote in a blog post rebutting the state AGs’ lawsuit. Google declined to comment beyond White’s blog post.

But the states argue that Google makes it so hard to download other app stores that few consumers bother. Google added “superfluous, misleading and discouraging security warnings” about side-loading app stores, according to the lawsuit. Additionally, the suit accuses Google of paying off its biggest mobile partner, Samsung, to discontinue its own app store.

When Amazon launched a line of tablets in 2011, the devices were powered by a version of the Android operating system, which Google controls. At the same time, Amazon launched its own app store, which would be installed by default on Amazon Fire tablets and the ill-fated Fire phone, as well as offered for free to all Android users. The store gave Amazon a way to offer – and profit from – a curated set of applications distinct from Google Play. Outside of China, most Android phones come pre-installed with Google’s app store and a suite of apps based on confidential agreements Google cuts with hardware makers.

If people want to access Amazon’s app store today on Android phones, they will get a warning that the applications come from “unknown sources”. The complaint cites an internal Google document that discussed how such security warnings affected the viability of Amazon’s app store.

When users find an application isn’t available in the Play Store, most “are not going to go through these two or three extra steps to get it”, said Ben Bajarin, who tracks consumer technology at Creative Strategies Inc. “Amazon’s got a long road to go to make it a robust store.” – Bloomberg

Regional bloc holds off on military response to Mozambique insurgency