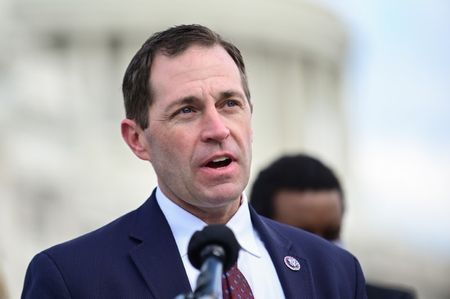 WASHINGTON (Reuters) – A bipartisan bill introduced in the U.S. House of Representatives on Thursday would speed up the processing of special immigration visas (SIVs) for Afghans at risk of Taliban retribution because they worked for the U.S. government.

The bill also would raise from 11,000 to 19,000 the number of SIVs available for qualifying Afghans.

“Now is the time for the U.S. to honor our promises and protect our Afghan partners,” Democrat Jason Crow, an Army veteran who served in Afghanistan and led the bipartisan group that sponsored the bill, said in a statement.

President Joe Biden is under pressure from lawmakers of both parties and advocacy groups to aid Afghans employed by the U.S. government amid fears that the U.S. troop pullout and stalled peace talks have put Afghanistan on a path to full-scale civil war that could return the Taliban to power.

The Taliban say that U.S.-affiliated Afghans are not in danger, but should show “remorse.” Experts say the insurgents have killed hundreds of interpreters and family members waiting for visas.

The 12-year-old SIV program has been plagued by processing delays caused by personnel shortages, a COVID-19 outbreak at the U.S. embassy in Kabul and other problems.

The Biden administration says it is taking steps to speed up the processing of an 18,000-application backlog.

The new bill, sponsored by Crow and 24 other lawmakers, some of them military veterans, would eliminate requirements seen as impeding the application process.

It would drop the need for a “credible sworn statement” of threats facing applicants “since both public and clandestine reporting confirm” that U.S.-affiliated Afghans are under Taliban threat, Crow’s press release said.

The bill also would eliminate a requirement that qualifying Afghans worked in “sensitive and trusted” positions for the U.S. military or the U.S.-led international coalition.