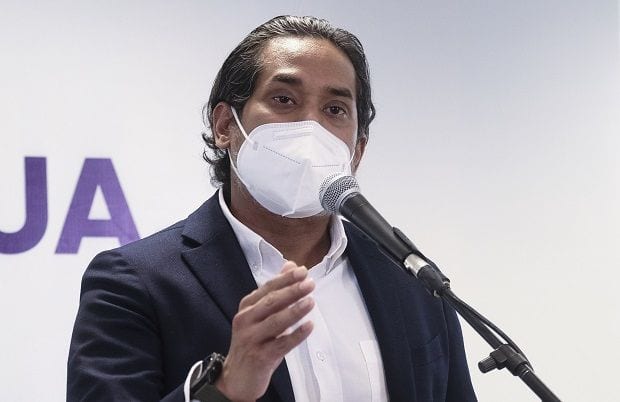 KUALA LUMPUR (Bernama): The issue of vaccine recognition must be discussed and clarified at international level so that there is no discrimination, says Khairy Jamaluddin.

The Science, Technology and Innovation Minister said Malaysia’s stance is that if the vaccine is accepted by the World Health Organisation (WHO), other countries should recognise those who have received the vaccine.

“Malaysia also hopes that there will be no discrimination as to where vaccines are manufactured because the same formula is being used at all AstraZeneca manufacturing plants.

“Whether the plant is in Europe, India, South Korea or Thailand – the vaccine is the same,” he told reporters after visiting the Mines vaccination centre (PPV) in Seri Kembangan near here on Saturday (July 3).

He said this when asked to comment on claims that the European Union (EU) only recognises Vaxzeria (AstraZeneca vaccine) which has been approved by the European Medicines Agency (EMA).

Khairy who is also the National Covid-19 Immunisation Programme coordinating minister, said the move not to recognise vaccines manufactured by certain plants, appeared to be unfair.

Khairy said he would seek clarification from the European Union (EU) representative in the country regarding the EU decision.

He said Malaysia was also in the midst of discussing vaccine recognition with other countries, including Saudi Arabia.

“A majority of the Muslim countries such as Indonesia, Pakistan and Turkey, including Malaysia are using the vaccine from China which is recognised by WHO.

“So if Saudi Arabia says it does not recognise (the vaccine from China) how are pilgrims from these countries going to perform the Haj next year,” he said.

Asked if those who have received two vaccine doses would be given flexibility, Khairy said the guidelines were being drafted by the Special Committee on Covid-19 Vaccine Supply Access Guarantee (JKJAV) to be presented to the National Security Council (NSC).

“The set of guidelines on ‘what you can do once you are fully vaccinated’ is expected to be ready next month.

“However, with the fast spreading Covid-19 Delta variant, this calls for more caution,” he said.

On the Mines PPV, Khairy said currently 5,000 vaccine doses are being administered daily and the number is expected to increase to 10,000 doses by next week as the number of second dose recipients will also increase by then.

“This will help boost the country’s vaccination rate to 300,000 doses a day,” he added – Bernama

Greater than 800 illegals nabbed in Sabah over 18 months throughout Ops Benteng, Parliament...

Government to install 10,000 EV charging stations in Malaysia by 2025 – collaboration with...